The Day I Made A Difference

My Note: While doing research I found "A Brief History of Transgender Issues" and also found the article below in TheGuardian as well.  There are times when we do not fully appreciate how just the right kind word or volunteer activity can make a big difference.  Help where you can and always remember you are not alone!

If you liked this trues story, tell us how someone may have helped you Escape.  Have you helps others to Escape?  Please share.  I will print your story on a Friends Friday Post.

Voluntary Sector Network - The day I made a difference


Sam was happy being a man; after our calls he dressed as a woman too. 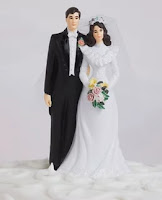 During my time at university, I volunteered for a night time listening service, like the Samaritans, which was run by students for students. In a cosy house at the edge of the campus, I and my fellow volunteers would sit up eating pizza and watching terrible movies donated by previous volunteers as we fought to stay awake and waited for callers.

One evening I got a call from a man who was very nervous. We talked for a while about nothing in particular, but then he began to open up. “Sam” was happy being a male for the most part, he said, but he also had a feminine side – a big one, and he was scared to express it. He was scared of the obvious things, such as the reactions of his loved ones, and people being cruel, but I believe he was generally afraid about making a huge change in his life.

Throughout that final year of my degree, we talked several times, sometimes for an hour or more. While we spoke, I forgot I was on duty, I forgot I was tired and I forgot how much I dreaded watching Sliding Doors for the umpteenth time. It felt magical to be trusted so completely by Sam.

Each time we talked, Sam become more confident and comfortable to share his story with me. He updated me as he developed his theories around the way he was feeling, and it seemed to help him. One such theory was this: when you think of a wedding, who do you think of? The bride, obviously. So did he, when he thought of a wedding, he could more easily imagine being the bride than the groom. For him, expressing himself through wearing women’s clothing meant embodying all those classic characteristics of being nurturing, elegant, delicate.

After a few months of our calls, Sam gained the courage to dress in the clothes he wanted to in his shared house, daring himself to go and see his flatmates, imagining their reactions. I never found out exactly how that went, but he obviously got through it and gained a lot of confidence, because by the end of the year, Sam was going to work dressed as he wanted. He was dressing as himself, his real, whole self, including his feminine side. I don’t know if I helped that to happen – I think he worked it out on his own – but I am glad he didn’t have to be alone, on those nights he called.

Since I graduated, I have continued to volunteer. I do this not because I am naïve enough to think that I can change the world, or even that I think what I’ve done has made a difference, or that no one else will do it. It’s just that I believe that if you are putting yourself in these kinds of positions often enough, one day you are going to be just in the right place at the right time to make a real connection with someone who needs you.


Some identifying details have been changed.
Posted by rhonda's escape at 8:17 AM