Be Worried - Be very Worried 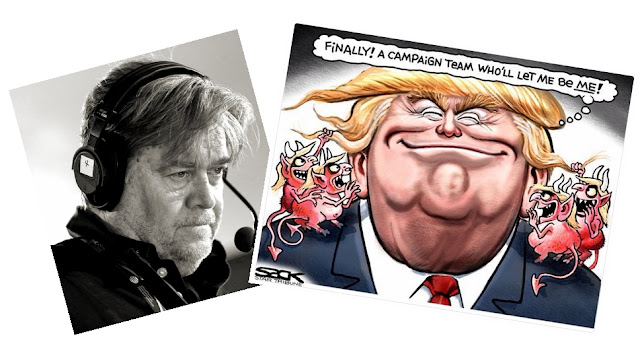 Stephen Bannon, the head of Breitbart News, The new chief executive officer of Donald Trump's presidential campaign.  BloombergPolitics describes him as "This Man Is the Most Dangerous Political Operative in America."

Just when you would think it could not get any worse for the transgender community from the Republican Party and political right, look at what Steve Bannon, Donald Trump’s new Chief Executive offices said on his blog Breitbart.

This is Schilling statement he defended:

A man is a man no matter what they call themselves. I don’t care what they are, who they sleep with, men’s room was designed for the penis, women’s not so much. Now you need laws telling us differently? Pathetic.

Bloonberg after describing Mr.Bannon as the Most Dangerous Political Operative in America went on to describe his blog, Breitbart News, this way: 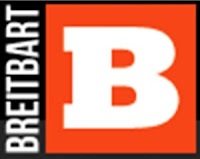 Bannon is the executive chairman of Breitbart News, the crusading right-wing populist website that’s a lineal descendant of the Drudge Report (its late founder, Andrew Breitbart, spent years apprenticing with Matt Drudge) and a haven for people who think Fox News is too polite and restrained.

Further, Vanity Fair’s Hive had this comment on what appear to be Trump’s master plan:    "Bannon, not surprisingly, has critics, even within the movement he leads. A former employee of Breitbart described him as “Donald Trump but more intelligent.” He didn’t mean it as a compliment, and was instead referring to the opportunism, the personal vindictiveness, and the lack of a moral center that have become defining characteristics of Trump."

Be worried - Now is not the time to do nothing or be politically inert.