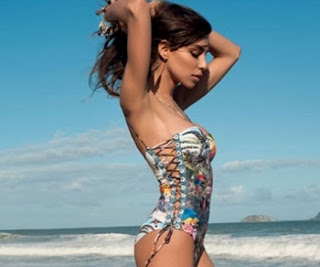 Brazilian model Lea T will become the first transgender woman to participate, along with other local celebrities, in the opening ceremony of the Olympic Games in Rio de Janeiro, which begin on Aug. 5.

"I can’t say anything yet, we need to keep the surprise, but the message is clear ... include everyone, no matter their gender, sexual orientation, race or religion. We are all human beings and we are part of society. My role at the ceremony will help send this message, " Lea T told BBC.

Lea T was born biologically male before having sex reassignment surgery. As an adult she moved to Italy and worked with many international fashion brands, becoming the first transgender woman to sign a contract with an international beauty company.

Like any other transsexual, I raise a flag. I'm talking about trans-sexuality because it is part of my history, but I'm just another member of this community. I know I have the privilege that the media listens to me, but the daily struggle of transsexual is equally important for LGBT people.