I attended my second 2017 Flagler Museum Chamber music concert this past Tuesday evening. The concert featured the Telegraph Quartet.  Here is a brief overview of the group:


The Telegraph Quartet was formed in 2013 with a passionate commitment to the standard chamber music repertoire as well as contemporary and non-standard repertoire alike. The Telegraph Quartet won the prestigious Grand Prize in the 2014 Fischoff Chamber Music Competition and has gone on to perform in concert halls, music festivals, and academic institutions in the United States, Germany, Italy and France.

The Telegraph Quartet was greatly honored by being the only American quartet of the fifteen invited from around the world to perform in Paris in a showcase for young quartets at the 2016 Biennale de quatuors à cordes (Biennial String Quartet Festival and Symposium).


I have been attending these concerts for over 18 years. Attending the first concert in 1999, I remember being so scared.  I arrives just as it was starting and sat far back in the last row. After the last note, I ran out as fast as my heels would allow - Skipping the reception and champagne. My biggest fear was the event photographer. To my surprise in the next year's museum events catalog, there I was, sitting in the back. 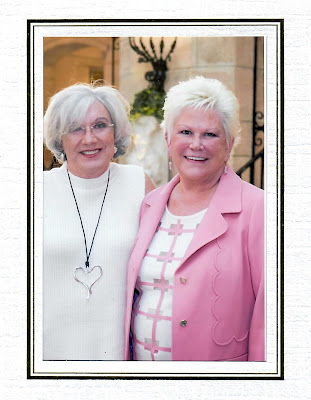 As years progressed, I finally found enough courage to at least walk into the reception area. My biggest fear still was the event photographer. That is why the photo here is so special.

At this evening's concert I was presented with a photo from the previous concert taken by the event photographer. I really like it. At many events, photos are take - yet never seen. I want to thank the Museum for sharing this beautiful photo.

I am so happy I escaped my fear.  What about you?  Share your escape.
Posted by rhonda's escape at 5:00 AM