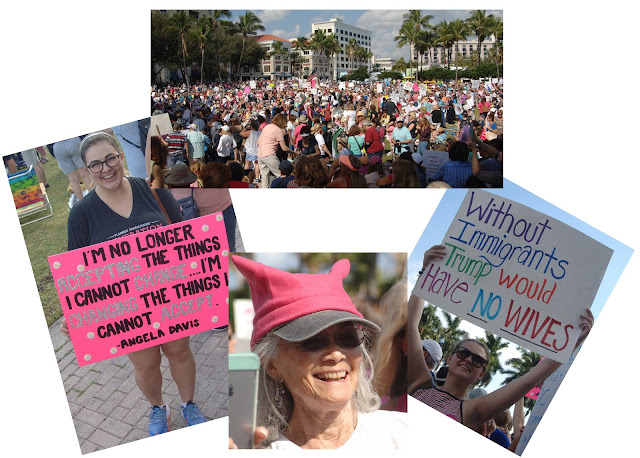 People take part in the Women’s March on Palm Beach at the Meyer Amphitheater in West Palm Beach on Saturday afternoon,


What started as a Facebook protest, went viral.
A worldwide movement.

I attended the Woman's March in West Palm Beach Saturday.  When I arrived there were maybe 200 and I said, OK this is a statement. Within an hour the crowd had grown to an estimated group of at least 7,000. (Personally, I believe much more.) I have attended many events in this beautiful city-park / amphitheater by the water and this was by far, the largest group I have ever seen there. Many signs all speaking to President Trump. Some funny - some serious. All carrying the same theme. Don't mess with us.

This has been a week of challenging political events culmination Friday in the inauguration. Saturday, for me, being in such a large and diverse group made me feel comforted. As a group, we speak with a strong voice. As a nation, we all speak loudly.  President Trump, are you listening?  Never underestimate us.


“This is not a one-day event, we’re fighting for our lives,” one speaker said.


Here is how CNN reported the Washington event:

Streets in the monumental core of downtown Washington were brought to a standstill Saturday as droves of women marched to protest Donald Trump's presidency and his history of derogatory comments about women. 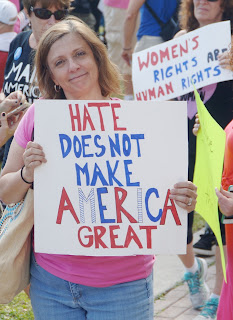 Protesters filled Pennsylvania Avenue, the same iconic street Trump walked down a day before during his inaugural parade, as they moved in the direction of the White House.

The large turnout wasn't limited to Washington. Similar protests unfolded throughout the day in cities such as New York, where crowds spilled across Fifth Avenue. Boston Police Chief William Cross said the crowd there was too big for the march route and could not proceed because "it would be like a snake eating its tail." In Los Angeles, some protesters eventually moved to streets parallel to the march so they could move and still feel like they were participating. 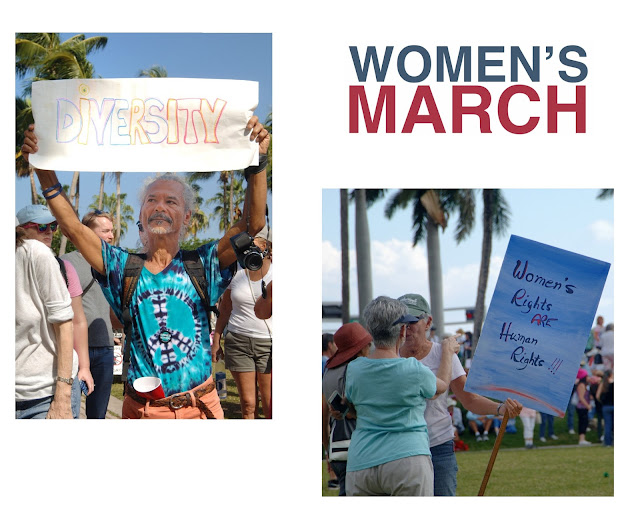