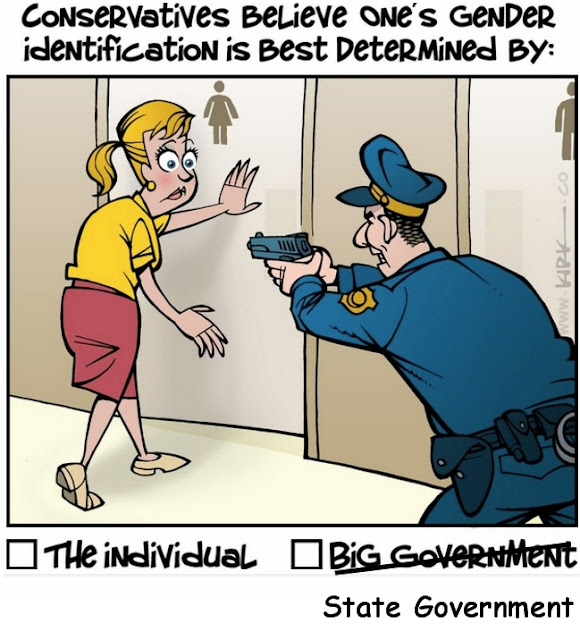 This is what happens when this decision is left to right-wing idiots.  The sources for this story The Huffington Post.

Steven Hotze is allied with Lt. Gov. Dan Patrick, determined to get an anti-trans “bathroom” bill passed.  He [Hotze] launched his curse, basically calling for God to kill all such legislators as well as their staffs:


May they be consumed, collapse, rot and be blown away as dust from their current positions because of their wicked works, thoughts and deeds. May people scorn them and nations abhor them...


Texas GOP governor Greg Abbott has called a special session of the Texas legislature for July 18, and, though he put a number of things on the agenda that weren’t completed during the regular session, don’t be fooled: the main reason this session was called was to pass a bill discriminating against transgender students. GOP Lt. Gov. Dan Patrick, the state senator who is obsessed with passing such a bill and is pulling all the strings, worked with colleagues to hold a must-pass Texas Medical Board bill hostage until they got the special session.

Read the whole article By Michelangelo Signorile.
Posted by rhonda's escape at 5:00 AM