These Are The Transgender Students Whom The Education Department Abandoned

At least three school districts around the country are continuing to enforce potentially hostile restroom policies for transgender students after the U.S. Department of Education’s Office for Civil Rights refused to investigate student complaints, HuffPost has learned.

One of those students, 18-year-old Preston Curts, a transgender male senior at a high school in Florida, originally filed a discrimination claim back in 2016, under the Obama administration. He filed a complaint with the U.S. Education Department challenging Marion County Schools’ rule that banned transgender students from using the bathroom that aligned with their gender identity. He hoped things would change, at least before he graduated.

In December, Curts’ complaint was abruptly dismissed by the Trump administration, quashing any possibility that he will get to spend his last few months of school in an environment where he’s allowed to be himself.

In January, HuffPost broke the news that the U.S. Department of Education’s Office for Civil Rights was refusing to investigate these types of complaints. A month later, the Trump administration publicly discussed the protocol shift.

HuffPost has learned exclusive details about the students who are being left behind in the wake of this policy change.

There are at least four bathroom-related cases throughout the country, including Curts’, that have been dismissed by the Trump administration amid this policy change. In response to these claims ― which deal with school districts in Hawaii, Michigan, Texas and Florida ― the Education Department’s Office for Civil Rights (OCR) specifically told the complainant that the agency was no longer obligated to investigate instances of bathroom discrimination involving transgender students. The Trump administration contends that the federal education law dealing with sex discrimination does not cover gender identity.

Do read the whole article from the Huffington Post.

Let us not forger what Trump Promised: 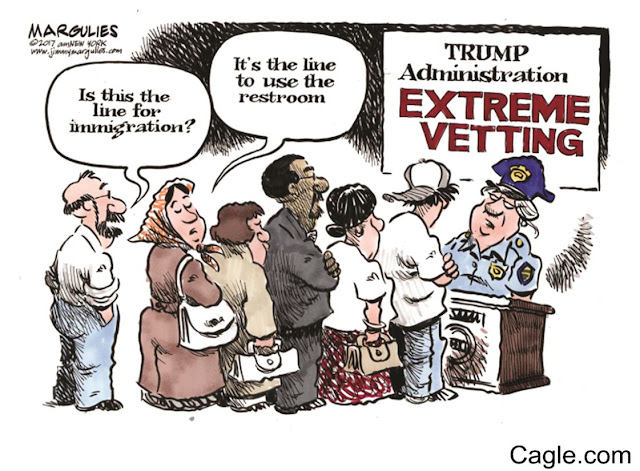