A Best Known Jewish Tale Is A Transgender Tale

Through the Door of Life: A Jewish Journey Between Genders 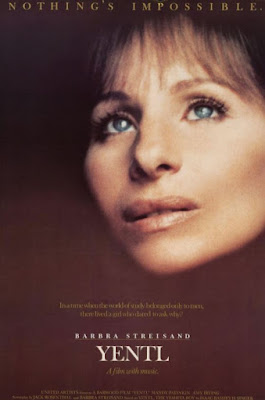 Probably one of the best-known Jewish stories in the world is a transgender tale. A young educator realizes that they really belong with the opposite gender. And, although it overturns social convention and throws families into disarray, this young person is driven to make that gender change, eventually living full time as a member of the sex opposite to that of their birth identity. It’s a heart-warming story that has been made into a play and a musical movie. This story is, of course, “Yentl.”

The fact that you might not remember “Yentl” as a tale of a transgender young woman speaks volumes about the changes in the world over the past 100 years. In the Barbra Streisand movie, Yentl is just a girl who wants to study, so she disguises herself as a boy. She always knows she’s really a girl. But in the original short story by Isaac Bashevis Singer, Yentl knows she wants to study, so she thinks she therefore must be a boy. The original Yentl never goes back to being a girl. It’s an important distinction: Feminism has opened up space in women’s lives to do “boy things” but remain female. No similar movement has yet operated for men. Sadly. I can walk into a party in a trouser suit and be “so Annie Hall.” A man walking into a party in a dress is a transvestite. Women’s range of acceptable gender expression is now much wider than men’s.

A new memoir from Joy Ladin, “Through the Door of Life” — in which she describes in sometimes heart-wrenching detail her transition from Jay, the male English literature professor at Yeshiva University’s Stern College for Women, to Joy, the first ever openly transgender person to teach at an Orthodox Jewish institution — brought home to me repeatedly how much horrifying pressure is still put on men to perform a very narrow and limiting kind of masculinity. And the book reveals the tremendous psychological pain of having to play that role when you have a deep internal sense that you are actually a woman. Ladin managed to keep up that facade for many years (during which she married a woman and fathered three children) until she was in her 40s. That was when, after increasingly deep and violent depressive crises, she began the transition. “Through the Door of Life” details the breakdown of her marriage following this decision, the psychological battles and career problems it caused, and her tentative steps toward a still-evolving female identity. 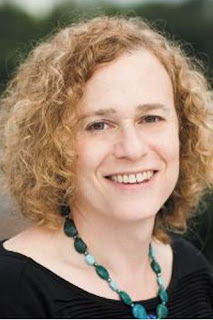 Ladin is a lyrical writer, and there are some beautiful and moving passages in the book. She is achingly honest about her children’s difficulties in accepting that their father is now their “parent,” so honest that I sometimes wondered whether the children would be glad that this part of their life was being discussed so openly. She writes extremely well about her relationship with God — a fantastically difficult subject — evoking the numinous in rich prose, as on a summer trip with her parents in the 1960s: “… a maze of bushes bursting with blueberries… God was there for the taking, a damp cluster dangling in dimness, a thudding abundance.”

Read more about Joy Ladin and her book.