On Being a Transgender Musician: 'I Hate the Idea of Using My Identity as a Tool'

Pop singer-songwriter Kim Petras is the up-and-coming star of the moment. The 25-year-old “Heart to Break” singer has raked in millions of Spotify plays on her songs, along with garnering the undivided attention of a predominantly LGBTQ fan base.

Part of the reason she has gained so much attention from the community is due to her transgender identity. Petras underwent gender confirmation surgery at the age of 16, making her one of the youngest people to undergo the process.

But in a recent interview, Petras said that she doesn’t want people to flock to her due to her identity — she wants them to flock to her for her music. “I just hate the idea of using my identity as a tool,” she told HuffPost. “It made me the person I am and that’s a big part of me, but I think music is about your feelings and your fantasies and it goes deeper than your gender or your sexuality.” 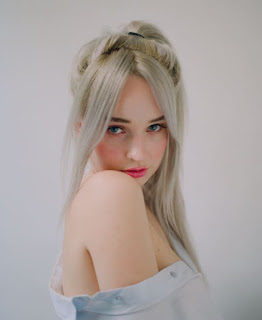 The singer added that she is proud of her identity and wants to bring more visibility to the transgender community, but she has something else that she wants to prove as well. “I think the ultimate goal for me is if a transgender person can be known for anything but being transgender,” she said. “There are still too many people who think being transgender is very freaky. And they think you can’t live a happy life and try to tell their kids not to transition because they’re afraid their life will be harder.”