Time To Take the 'T' Out of LGBT 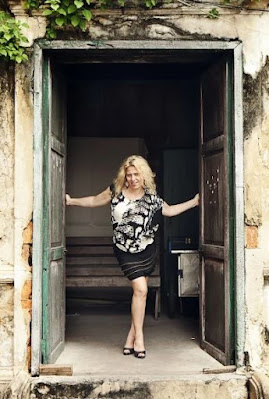 It has taken time, but now the public has more appreciation for what the T in LGBT stands for. They may still have some way to go in understanding what it actually means to be transgender, however considerable progress has been made. We can partly thank Caitlyn Jenner for expanding that conversation and allowing the T to be equally relevant in the line up of letters. Yet I would argue that the T doesn't belong there at all.

The L, G and B are about sexual identity; the T is about gender. Lumping the four initials together only enhances the misperception that they are interchangeable terms. They are not.

I am a transgender woman. In my 40s I stated recognizing feminine feelings that I couldn't ignore--but I was still attracted to women. I was questioning my gender yet my sexuality remained unchanged. Only later in my transition did my sexuality change in tandem with my gender--like orbiting planets that never meet. However the sexuality of transgender people (which may or not change) is the most irrelevant factor in our transitions. We are not coming to terms with being attracted to same sex or different sex people, it is the correctness of our assigned gender that we are figuring out.

Of course I admire and respect lesbian and gay campaigners over the years who have laid the groundwork for the level of acceptance that there is now, but I am neither gay nor lesbian. I am a straight woman--with a past.

As part of an often discriminated against sector of society, there is solace, appeal, and leverage in being part of a group. Not, however, if the alignment blurs the picture. I would gladly be part of an "I hate kale" group (very easily in fact), though I wouldn't be comfortable in an "I hate fruits and vegetable"' conglomerate if that was the only other option.

Does it matter? Perhaps the route to self-acceptance is relevant. I accepted the unexpected truth about myself, transitioned, and now live my life as the woman I am. In that respect, I am complete, done. I appreciate that I will always be a transgender woman but that's no reason to wave a flag about it to remind me of my gender past. It was an anomaly which was corrected; bigger than removing a scar, not as invasive as a bone marrow transplant. My sexuality, meanwhile, is irrelevant.

Unlike Groucho Marx, I am happy to be part of a club that has me as a member. I go to an LGBT health clinic in New York, I advocate LGBT causes, and I visit LGBT-friendly venues, so thus I am part of the LGBT community. I certainly have plenty of gay friends (possibly more than if I were not transgender) and just like those people, I had no choice in being what I am.

Now is the time to clearly separate and differentiate gender and sexuality: transgender understanding can advance better by severing the suffix from LGB. And to be clear, I would be delighted to be part of the TKH community--Transgender Kale Haters. 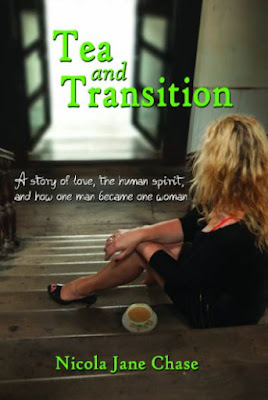 Jane Book is available on Amazon

From Amazon: Nobody anticipated a change from heterosexual man to heterosexual woman—least of all the author herself.

This is a marvelously candid memoir of gender and acceptance; one that breaks down many complex issues, though it is her enchanting British humor that makes them such a joy to read. Inner and outer recognition is uncovered through dating debacles, painful family discussions, and trips to Victoria’s Secret.