Homecoming and prom are probably two of the most major events for high schoolers in the USA. To become a prom queen or king might seem like a dream for most teenagers. However, winning the crown is not that easy, especially for people that are not considered typical candidates. Even so, some bold students in America make a difference by influencing their schools to change their traditions. One of them is Zachary Willmore. He is the first-ever male homecoming queen at Rock Bridge High School, USA.

Zachary is a cheerleader in the school’s varsity team and has over a million followers on TikTok. On the app, he has posted videos in which he advocates for changes in the school’s dress code. The influencer put a poll on social media asking if he should aim for the title of homecoming king or queen. “They thought queen could look prettier on the sash,” Willmore explained. “So I chose queen.”

“I want to help people feel comfortable in their own skin with whatever they wear. I really hope that by wearing a dress I helped someone else wear what they wanted too”

Zachary Willmore is a senior at Rock Bridge High School in Rock Bridge, just outside Columbia, USA. He is an active member and a cheerleader in the school’s team. Zachary is also a part of LGBTQ community and identifies himself as gay (by the way, this fact was not known to his grandparents until the homecoming ceremony this year). 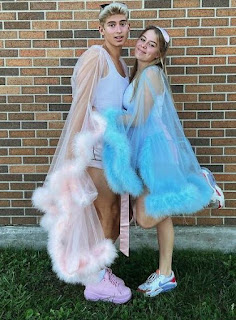 Zachary has always demonstrated his unique style (no surprise he wants to pursue a career as a fashion designer). That made him popular in a way. The boy shares videos of him advocating for people’s right to dress however they want or feel like on TikTok. On the app, he has more than one million followers and his popularity reached new heights after the video of him becoming the homecoming queen went viral.
Read More...
Zachary Willmore, together with some students, are now advocating for a more up-to-date school dress code. The newly crowned queen wants to inspire other students and people in general to not be afraid to dress however they want. 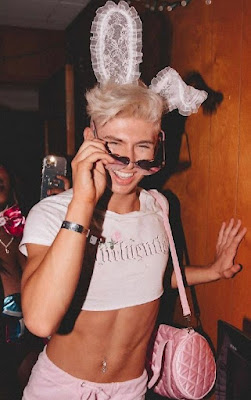