(From Wikipedia) She began her professional career as a fashion model in the mid-1960s, and went on to model for Paco Rabanne, Ossie Clark, and others. She met Spanish surrealist painter Salvador Dalí, and remained his closest friend and muse for the next 15 years. Lear first came into the public eye as the cover model for Roxy Music's album For Your Pleasure in 1973. From the mid-1970s to the early 1980s, she was a million-album-selling disco queen, mainly in Continental Europe and Scandinavia, signed to Ariola Records. Lear's first four albums earned her mainstream popularity, charting in the top 10 of European charts, including the best-selling Sweet Revenge (1978). Her bigger hits included "Blood and Honey", "Tomorrow", "Queen of Chinatown", "Follow Me", "Enigma (Give a Bit of Mmh to Me)", "The Sphinx", and "Fashion Pack".

By the mid-1980s, Lear had become a leading media personality in Italy, where she hosted many popular TV shows. Although television took priority over musical activity, she continued to record, experimenting with different genres and trying to revive her career by re-recording and remixing earlier hits to various levels of success. Lear has also developed a successful career in painting, which she has long described as her biggest passion, and regularly exhibited her works in galleries across Europe and beyond since the early 1980s. She has also written a number of autobiographies, including My Life with Dalí. 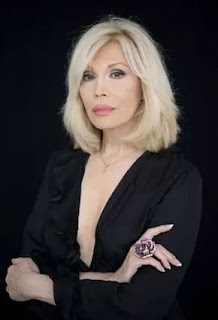 Since the 1990s, her time has been divided among music, television, movies, and painting. Despite regular album releases, she failed to achieve major success in charts with her music, but her television career has remained stellar, and she has hosted numerous primetime TV shows, mostly in Italy and France, occasionally making guest appearances in TV series. She has performed acting and dubbing roles in independent, as well as major, film productions. In the late 2000s, Lear reinvented herself as a theatrical actress, performing in long-running stage plays in France. To date, she allegedly has sold over 27 million records worldwide.

Amanda Lear recorded this song for her 2009 album "Brand New Love Affair." The song was made famous in the early 1980's by Gloria Gaynor and has become an anthem of self-acceptance and self-celebration for the LGBT (Lesbian, Gay, Bisexual, Transgender) community.