One of my loyal readers commented that we are numb from the Republican attacks.  My posts were:

Denying The Existence of Transgender People

Where Is The Outrage?

Numb - (adjective) deprived of the power of sensation
- (verb) deprive of feeling or responsiveness. 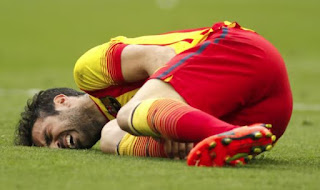 It is true, we are numb.  The attacks have been furious and mean. Football players when injured have been known to take painkilling numbing agents.  When numb they can play (ignoring reality) as the injury, although not felt, became exacerbated.

Ignoring the pain that the Republican party wants to inflict upon the transgender community is not going to make it go away. The next day a “numbed-up” player has twice the pain. Perhaps, a permanent injury now.

If no one speaks up the radical right they will continue to push hot buttons that enrage their one issue minions. Contrary to what they say, the agenda is not abortion, transgender rights, immigration, etc. It is power! They will do/say anything to achieve and hold power. E.g. denying the January 6 insurrection.

They are cowards/bullies and will move on to another agenda once pushback becomes manifest.

What we can do:

Continuing to stay numb is not a option.
PS: Tomorrow I will return to regularly scheduled programming.
Posted by rhonda's escape at 5:00 AM