And the "Hypocrite of the Week" award goes to Texas Gov. Abbott.  On June 17, 2021 he signs 7 gun bills into law, including ‘constitutional carry'. Vanity Fair - TEXAS [did] PASS AN INSANE LAW LETTING PEOPLE CARRY GUNS WITHOUT BACKGROUND CHECKS, LICENSES, OR TRAINING

Abbott was also joined at Alamo Plaza by Wayne LaPierre, an executive for the National Rifle Association.

See the Texas Tribune article: Texas has had eight mass shootings in the past 13 years, while lawmakers have steadily loosened restrictions on carrying firearms.

Texas has some of the most gun-friendly laws in the nation and has been the site of some of the deadliest shootings in the U.S. over the past five years. 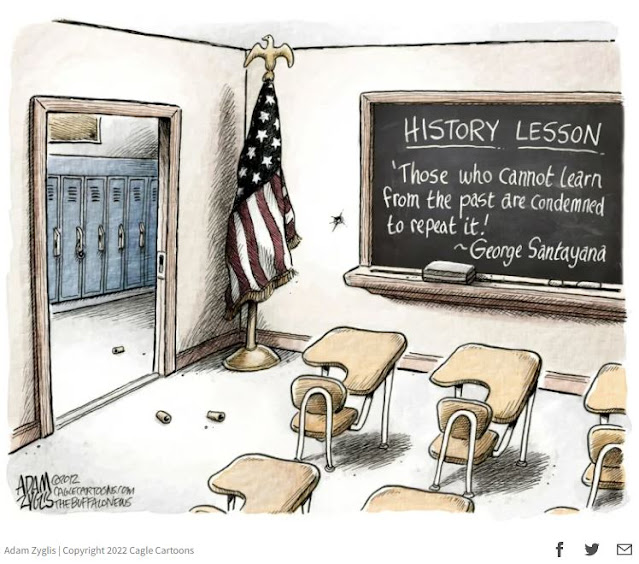 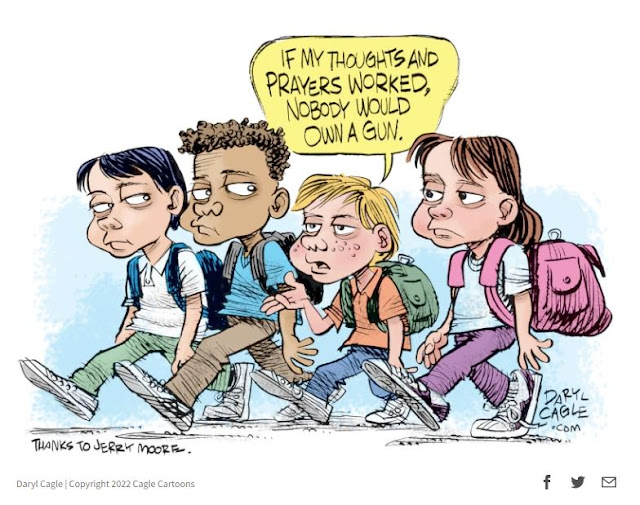 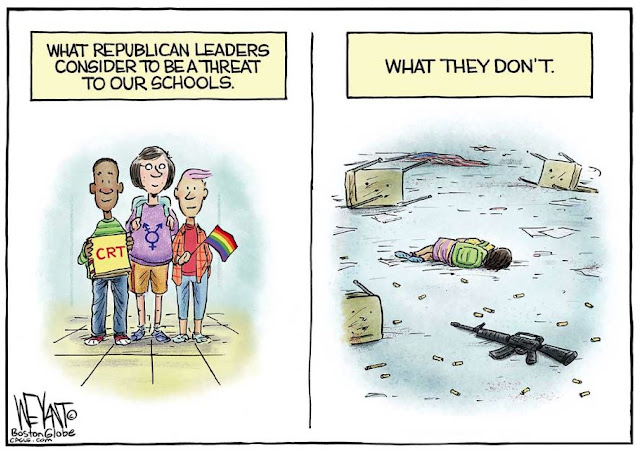 Read: Britain ended the horror of school shootings after one single massacre [in 1996]

It’s a triumph for a country that understood immediately that a society that allows children to be shot in its schools is a society that is failing. Britain didn’t merely pay lip service to the idea that life— particularly the youngest of lives—matters. It did its best to make it so. [Ahmen]