The Virginia Commonwealth University (VCU) Lavender Celebration took place Friday evening, April 29 on campus. I was the keynote speaker for the ceremony that evening.

That evening was special for all and I was treated wonderfully with a driver picking me up at my hotel. The day before, there were meeting with VCU's LGBTQIA+ campus leaders. And, after the ceremony, there was a reception where I got to talk with many of the graduates.  Beautiful kids!

The graduates got to wear their caps, gowns and had family / partners, walk and sit with them during the ceremony. Attendance was good; more than I expected.

Hugs, kisses, and tears were well on display with many in the audience tearing with emotion; me included. What an honor to speak before these graduates. This was a super special evening that I will never forget.

Several have asked for the text of the speech so I have included it below.  If a video becomes available I will post a link.

Congratulation – Your generation is part of one of the most successful non-commercial social media “projects” of its time; a global movement.

In 2010, LGBTQIA+ people and their allies all over the world uttered three words “It gets better”.  More than 70,000 people shared their stories to provide hope and encouragement to other young LGBTQ+ people around the world. 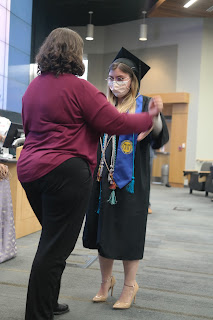 Here is one of those stories:

This is part of what Janet Mock, a transgender woman, model, actress, writer, producer, director, and activist said:

”I promise it gets better -  I know - because I am you. I love you and can’t wait to see you on the other side”

You are a part of the generation that has had the privilege of living “It Gets Better.”

First I want to thank Archana Pathak for inviting me to speak today. Especially I want to thank my friend Joycelyn Mahone who has been a supporter of my becoming more involved with VCU. My history here goes back a while. I was part of the last graduating class of RPI; the next year you became VCU.  You may have seen the RPI historical market near Shaffer Court.  That was 1968 and I will save you doing the math, I am 74.

I have done some pretty cool things, had some amazing experiences, and intend to carry on doing so for as long as I am able. I can wish, for you, the fun, amazing, special, challenging, ordinary life, I have enjoyed.

Next congratulations to all of you for your academic achievements that earned you your seat in this audience tonight.  Your intelligence and bravery are on display.  You choose a wonderful University that I knew was special well over 50 years ago.  For a country gal that grew up on a farm, when I got to Richmond I was light-years away from my grandparent's general store.

I was so encouraged to be in such a diverse culture; even then.

Let’s get back to my theme – “It gets better”.  Let me assume as in my case, “it did get better”.  Many of you were confused in elementary and in middle /  high school were bullied/harassed.  I buried the ever-present, fact that I was transgender to blend in.  Denial ran deep for many years.

Your “it gets better” experience began likely on your first day on campus.  Here was an LGBTQ, safe place where you could be with other members of our community.  A place to hang out, know you were accepted, and start to thrive.   A place to make friends.  For you, it had “GOTTEN BETTER”.

However, I need to give you a challenge!

The advancements we have all seen over the last 20-plus years plus are at risk.  According to the ACLU, lesbian, gay, bisexual, and transgender people in America continue to face discrimination in their daily lives. 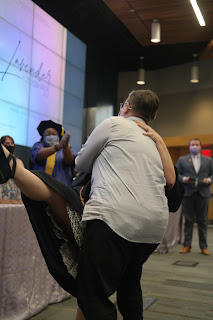 Nationwide, Republican lawmakers have filed nearly 250 state bills this year (2022) that seek to erode protections for transgender and gay youth.  They have moved beyond bathroom issues.

Today, at least 166 measures to restrict LGBTQ rights are still pending in state legislatures — nearly quadruple the number of similar bills introduced just three years ago, according to data from Freedom for All Americans, an LGBTQ advocacy group.

Florida Governor Ron DeSantis, last week, signed into law measures that prohibit any discussion on gay or gender subjects occurring in school through the third grade.  Children's books are being banned.

Iowa put into law a discriminatory bill against transgender youth, who play sports preventing them from being a part of a team and socializing with their friends.  Although Iowa is known to have only three transgender athletes.

Here is a brief history that provides hope.

On December 1, 1955, Rosa Parks, a seamstress,  became an advocate; called "the mother of the civil rights movement," Rosa Parks started the struggle for racial equality when she refused to give up her bus seat to a white man in Montgomery, Alabama.   She was arrested. Her lonely act of defiance began a movement that ended legal segregation in America.

The Dixiecrats (now Republicans) lost the fight to keep blacks in the back of the bus. 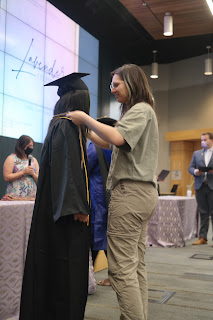 Gays become advocates. In the 1970s  Anita Bryant was the face of the "Save Our Children" campaign. A campaign to repeal a local ordinance that prohibited discrimination based on sexual orientation in Dade County,  Florida. The initiative ultimately suffered a massive defeat at the polls. The Republicans lost the fight to send gays back to the closet.

Do you see a pattern here?  Let's remember, that the purple / lavender stripe on the rainbow flag symbolizes the spirit of the LGBTQ community.

We must become advocates.

What can you do?

So we need to design innovative comprehensive strategies and work together in our alphabet soup community.

• Encouraging a more positive representation of LGBTQ in the media

• Reminding companies of their responsibilities to LGBTQ employees

• Building coalitions with other human-rights causes.

• Most important - VOTE!
(not just for president; all local/state/national elections)

Be an activist
Let us make sure that “It gets better” continues for the next generation!

I would like to share a poem by Martin Niemöller written in May 1952.  He spent the last seven years of Nazi rule in a concentration camp.  He was not Jewish.  He was not homosexual.  He was not a labor organizer nor a person with a disability. He was not Polish, Russian, or black -  all people Hitler considered worthy of eradication.

He was a Lutheran pastor who dared speak up.  He penned this poem to remind us of our social responsibility: 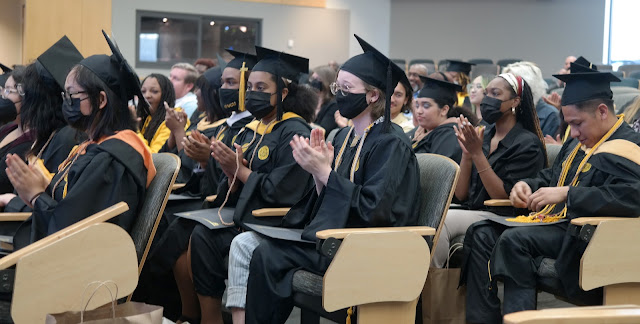