Here's how to capture the vibe — even if you don't live anywhere near the coast. 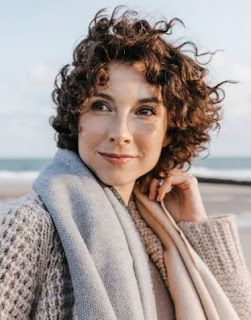 When I first heard the term "coastal grandmother," I had no idea what it was — but I immediately knew that it sounded like a trend that I could get behind.

The phrase brings to mind images of relaxing days spent lounging on a chaise, crisp linen outfits and houses with expansive farmhouse-style kitchens. And, essentially, that's what it is. TikTok user @lexnicoleta, who has been credited with coining the term, said in a video that those who love coastal vibes, recipes and cooking, cozy interiors and more might fit the "coastal grandmother" aesthetic. And no, you don't have to be an actual grandmother to be a coastal one, "it's for anyone and everyone," she said.

For those not lucky enough to live in a beach house with a big garden, you can still capture the spirit of the aesthetic by simply dressing for the role. "I would describe it as very neutral, classic staples in light shades ... it's very crisp, very clean," said New York City-based personal stylist Samantha Brown. "It's sort of like a nod to this timeless, moneyed — but not flashy — coastal grandma."

Brown said that while the "coastal grandmother" aesthetic may appeal to a slightly older generation, it's also great for those who have become accustomed to the cozy and fuss-free outfits that made up the majority of our wardrobes over the last couple of years, but still want to look put-together. "It's a step above wearing leggings and a sweater, but it's still very, very easy," Brown said. "It almost comes back to that capsule wardrobe feeling, like really nice basics in neutral colors that can be easily interchanged with each other."

According to personal stylist Christina Stein, to nail the trend, you want to stick to earthy tones, like blues, greens, creams, white, beige and light pinks. Essential pieces include cotton long-sleeve shirts, sweaters, cargo pants and hats. Brown added that things like white button-downs, jeans (but not the skinny versions), casual trousers and high-quality tees are other staples.