America Is in Denial

Too many Americans are blithely dismissing threats that could prove cataclysmic.

By Mitt Romney
Mitt Romney is a Republican senator from Utah. 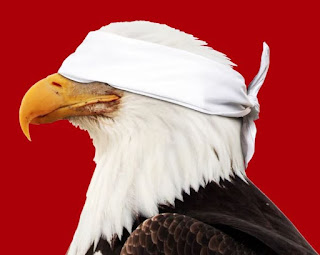 Even as we watch the reservoirs and lakes of the West go dry, we keep watering our lawns, soaking our golf courses, and growing water-thirsty crops.
As inflation mounts and the national debt balloons, progressive politicians vote for ever more spending.
As the ice caps melt and record temperatures make the evening news, we figure that buying a Prius and recycling the boxes from our daily Amazon deliveries will suffice.
When TV news outlets broadcast video after video of people illegally crossing the nation’s southern border, many of us change the channel.
And when a renowned conservative former federal appellate judge testifies that we are already in a war for our democracy and that January 6, 2021, was a genuine constitutional crisis, MAGA loyalists snicker that he speaks slowly and celebrate that most people weren’t watching.
What accounts for the blithe dismissal of potentially cataclysmic threats? The left thinks the right is at fault for ignoring climate change and the attacks on our political system. The right thinks the left is the problem for ignoring illegal immigration and the national debt. But wishful thinking happens across the political spectrum. More and more, we are a nation in denial.
I have witnessed time and again—in myself and in others—a powerful impulse to believe what we hope to be the case. We don’t need to cut back on watering, because the drought is just part of a cycle that will reverse. With economic growth, the debt will take care of itself. January 6 was a false-flag operation. A classic example of denial comes from Donald Trump: “I won in a landslide.” Perhaps this is a branch of the same delusion that leads people to feed money into slot machines: Because I really want to win, I believe that I will win.
Bolstering our natural inclination toward wishful thinking are the carefully constructed, prejudice-confirming arguments from the usual gang of sophists, grifters, and truth-deniers. Watching angry commentators on cable news, I’m reminded of H. L. Mencken’s observation: “For every complex problem, there is a solution that is clear, simple, and wrong.”
Posted by rhonda's escape at 5:00 AM