The Evolution of the Anti-Trans Hate Machine

NPR / WNYC Studio
Listen to the Podcast
Broadcast date - July 28, 2022
Republican state lawmakers have introduced a record number of laws this year intended to limits the rights of trans, nonbinary and gender-nonconforming people. According to data compiled by the ACLU, they've proposed 162 bills in the first half of this year alone, outpacing the 151 laws considered throughout all of last year. 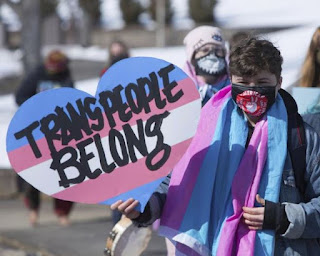 These legislative campaigns are largely motivated by a small group of wealthy far-right actors with extreme religious beliefs. They might remain somewhat fringe if not for a network of think tanks and outlets with mainstream credibility laundering their ideas to the public. Peabody-award winning journalist and founder of Translash Media Imara Jones unravels this apparatus in her investigative podcast, The Anti-Trans Hate Machine: A Plot Against Equality. She joins us to explain how the machine works, and how to resist it.
From Imara Jones: Full, Uncut Conversation:

There’s an understanding by the people, the politicians, the organizations, and the billionaires that trans people will be the next fight in the gender wars, after what they anticipate, and have anticipated for over a year, to be their victory on abortion rights.” – Imara Jones