(Bloomberg) -- A judge in Tennessee temporarily blocked the Biden administration’s rules ensuring transgender people at schools and workplaces have access to bathrooms, locker rooms and sports teams, the latest setback for LGBTQ Americans amid a backlash from Republican-led states. 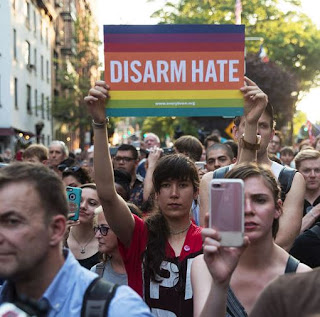 Atchley, an appointee of former President Donald Trump, said a nationwide injunction against rules issued by the Education Department and the Equal Employment Opportunity Commission was warranted because of the “extraordinary circumstances” of the lawsuit.

The suit was filed by 20 states, including Alabama, Kentucky, South Carolina and West Virginia. Some states have passed laws allowing students or teachers to sue school districts for allowing transgender students to use facilities aligning with their gender identity.

The Biden administration argued the rules were justified by the US Supreme Court’s landmark finding in Bostock v. Clayton County, which held that LGBTQ employees are protected from discrimination under Title VII of the Civil Rights Act of 1964.

The judge said the states are likely to prevail in the case because the rights created by the rules “appear nowhere in Bostock” or Title IX rules against discrimination in schools.

The ruling follows a string of legislative setbacks for the LGBTQ community in conservative states, including a wave of laws or bills seeking to restrict discussion of gender identity and sexuality in schools.

The nonprofit Human Rights Campaign [HRC] called the ruling “yet another example of far-right judges legislating from the bench.”

“Nothing in this decision can stop schools from treating students consistent with their gender identity,”Joni Madison, Interim President of the HRC, said in the statement.