Why Are Republicans Supporting An Idiot Like Herschel Walker?

Status quo - The existing state of affairs, especially regarding social or political issues. 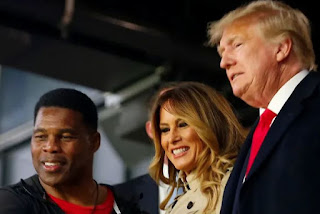 Part of the appeal of a Herschel Walker or a Donald Trump or any number of egregious a–holes Republicans have backed is, in their mind, the worse a candidate is, the more it says to Democrats, 'Do you see how much we don't like what you are selling? All that socialism and identity politics and victimhood and oversensitivity and cancel culture and white self-loathing and forcing complicated ideas about race and sex on kids too young to understand it. Literally anything would be better than that.' That's their view.
This is a clear difference between the parties — Democrats also think the other side is an existential threat, but their response is not to nominate sickos to make a point.
Anyone can do absolutely anything in the name of wokeness and the left will never stop them. And that's when Republicans say, 'Well then we'll have to no matter who we have to elect to do it. The fact that Republicans have no shame in their game and will vote for any monster with an R by his name is their way of signaling how serious they are about blocking this." 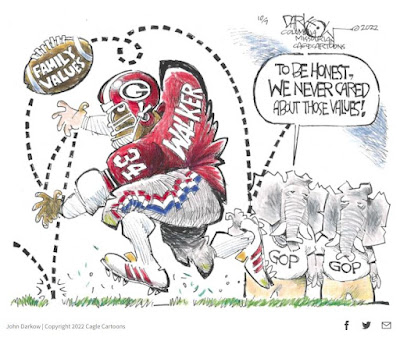 My Note: This is the first reasonable explanation I have read/seen explaining the Republican agenda. It goes back to my post on Optics. Republicans are not about fixing or changing anything; it is about maintaining the status quo; fear of change. We must be smarter!