Democrats aren’t eager to talk about transgender athletes. The GOP can’t get enough.

Advocates for transgender athletes believe a sports-focused rule is important when legislators in Republican-controlled states are expected to pursue new restrictions when they reconvene next year. 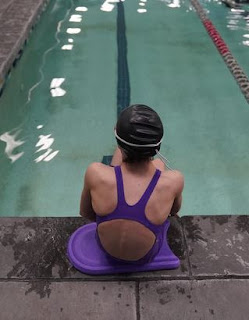 Republicans are building women’s sports into a pillar of the party’s midterm strategy just as the Biden administration’s window to tackle the issue steadily shrinks.

The Education Department has two options: Push out a rule that’s likely to put campaigning Democrats on the defensive, or risk giving a Republican-controlled Congress more time to reverse the rule — and prevent anything “substantially similar.”

House Minority Leader Kevin McCarthy’s new GOP policy agenda declares “only women can compete in women’s sports.” Kentucky Sen. Rand Paul and Georgia Senate hopeful Herschel Walker have both campaigned with an outspoken college swimmer who says she shouldn’t have to compete against transgender women. And in Kansas, the Republican Governors Association has run ads attacking Democratic Gov. Laura Kelly after she vetoed restrictions on transgender student athletes.
While the GOP digs in over gender identity and sports on the campaign trail, Democrats — desperate to retain control of Congress — are largely silent. As the November election approaches, pressure mounts on the Education Department to propose a rule establishing explicit protections for transgender athletes to play on teams that match their gender identity.
The Education Department has two options: Push out a rule that’s likely to put campaigning Democrats on the defensive, or risk giving a Republican-controlled Congress more time to reverse the rule — and prevent anything “substantially similar.”
“The last thing the Democrats want is to go into the midterms arguing about Lia Thomas,” said Jennifer Braceras, director of the conservative-leaning Independent Women’s Law Center, referring to the transgender University of Pennsylvania swimmer who conservatives frequently cite in their push for restrictions on transgender athletes. “If the administration releases its sports rule before November, then they have to campaign on it.”
Read More
The Biden administration is aware that the issue is “evolving in real time,” Education Secretary Miguel Cardona said in June, when he promised to soon release a proposed rule.
“Trans Rights are Human Rights,” Cardona tweeted last week. “@USEDGov has and will continue to stand with and protect all students from policies that prohibit them from affirming their gender identity.”
Groups advocating for transgender athletes, including the National Women’s Law Center, say it’s crucial to unveil a rule immediately because of the proliferation of state-level restrictions. They’re especially critical of any policy that includes sex testing to play on sports teams, because “they’re humiliating and they’re unscientific, and they also create new risk of sexual abuse,” Patel said.
“This is an opportunity to reverse the alarming trend of lawmakers singling out LGBTQI+ students in an effort to score political points,” the groups, led by NWLC, told the White House, “and, moreover, reject the bigoted premise that they do not deserve the same civil rights protections as their peers.”
Posted by rhonda's escape at 5:00 AM