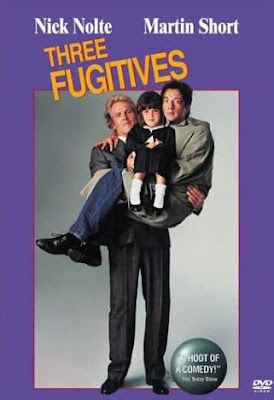 I remember this movie as being a super comedy with two great gender switches occuring at the end. Here is the basic story line from IMBd:

On his first day after being released from jail for 14 armed bank robberies, Lucas (Nolte) finds himself caught up in someone else's robbery. Perry (Short) has decided to hold up the local bank to raise money so that he can keep his daughter, Meg, and get her the treatment she needs. Dugan, a detective (James Earl Jones), assumes Lucas helped plan the robbery, and hence Lucas, Perry and Meg become three fugitives.

According to Youtube, There's no escaping the laughter and miles of slapstick humor in this hilarious comedy!
In my estimation Nick Notle is a underrated actor that has been in many movies over the years. I first remember him from "Rich Man, Poor Man" the 1976 television miniseries. Another great Nolte movie, "North Dallas Forty" a sport satire, is my favorite sports movie.
Spoiler Alert: In Three Fugitives, Nolte plays the perfect straight man to Martin Short's crazy schemes and over the top acting. He does become the loveable hero at the end by creating an "escape" for his now, non-conventional family.  Well worth watching. 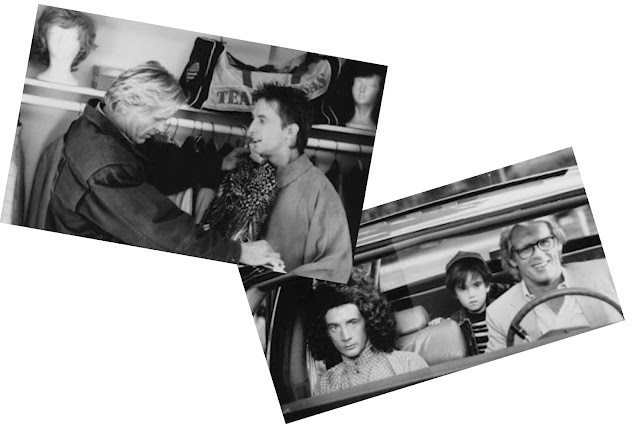