Stop Obsessing Over Where Trans Kids Use The Bathroom

It is the middle of the academic year in a small town in Virginia. Dozens of speakers have gathered at a school board meeting for their chance to comment on the board’s most burning issue: Where should Gavin Grimm, a transgender boy, use the bathroom?

That was my experience during my sophomore year of high school at the end of 2014, as I continued the process of settling into my full self.

I had become the agenda item and the subject of headlines not just in my hometown, but across the country. At that school board meeting, parents of kids I grew up with were calling me a freak directly to my face – and talking about my genitals in a public forum. That’s how low they were willing to go to inflict hate on a child.

What I experienced seven years ago was not an isolated case. To this day, transgender children no older than I was, and some who are even younger, are being bullied by school systems that are supposed to protect and nurture them, sacrificed in a culture war fabricated by a theocratic Republican party which insists on spouting unfounded claims about transgender students. One of the most common myths is that there is an increased risk of sexual assault in bathrooms (or other single-sex spaces) if trans people are allowed to access facilities aligned with their gender – a lie that continues to be perpetuated.

Note: Please read the whole article and calibrate the strength the Gavin has and encourage others to read and see Gavin's video. The article concludes this way:

But last year saw the election of Virginia Governor Glenn Youngkin, a Republican who ran on a platform that included blatant misinformation and targeted attacks against marginalized communities.

Under his administration’s proposed guidelines, transgender students would only be permitted to use their correct name, pronouns and facilities if a parent requests so in writing. Even then, the measure does not contain any language that mandates schools approve such requests. This excludes children who are not “out” to parents or guardians for safety concerns or other reasons, or whose parents or guardians are not supportive. 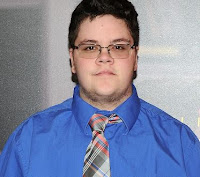 Gavin Grimm sued his school board for excluding
him the restrooms any other boy in his school would use— simply because he is transgender.
See more at the ACLU Site

And notably, Virginia’s model policy contains language permitting schools to go beyond the guidelines and institute even more restrictive rules, saying “Each school board shall adopt policies that are consistent with but may be more comprehensive than the model policies developed by the Virginia Department of Education.”

It seems as if Gov. Youngkin is willing to reject not only established federal and state law, but also guidance and best practices from leading authorities on the physical and mental health of children and young adults. Youngkin and his administration have couched discriminatory actions in language about protecting children, religious liberty and the rights of parents, but it is my belief that his real agenda is scapegoating a minority already under duress, in a cowardly bid to gain support from his base.

He may succeed in that, but his gains will be temporary. A few weeks ago, thousands of students across Virginia walked out of school to protest Youngkin’s proposed restrictions on trans students. Protests are continuing against this unjust proposed policy.

The transgender community is not going away.  We are still fighting, and we will win.