István Friedman survived the Nazis. He moved to America, changed his name, raised a family. Five decades later, he changed his gender, too. 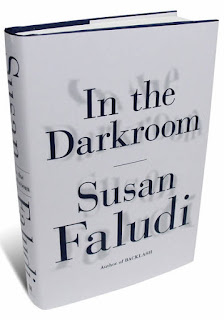 In 2004 Susan Faludi, the Pulitzer Prize winning journalist and feminist writer, was boxing up her notes from a book she was writing about masculinity when she took a break to check her email. “Dear Susan,” the note read, “I’ve got some interesting news for you. I have decided that I have had enough of impersonating a macho aggressive man that I have never been inside.” That man was her 76-year-old father, who was then living in Hungary. He’d just had a sex change operation in Thailand. “My photographer father still preferred the image to the written word.” Ms. Faludi writes. “Attached to the message was a series of snapshots.” Steven Faludi was now Stefánie Faludi and she wanted her daughter to tell her story.
Stefánie and Susan were estranged; they had barely spoken in years when the author received this email. The author’s father had been an “imperious patriarch” and “household despot”—a man Ms. Faludi feared, and whose aggression must have played a pivotal role in her feminism.

“My father thought about it for a few moments, holding her spoon before her like a hand mirror. ‘As a woman. Because I am a woman–with a birth certificate that says I’m a woman. So I must be a woman.’” When Ms. Faludi asks her father what “identity” means to her, Stefánie responds that “‘it’s what society accepts for you. You have to behave in a way that people accept, otherwise you have enemies. That’s what I do—and I have no problems.’”


From the Pulitzer Prize-winning journalist and bestselling author of Backlash, comes In the Darkroom, an astonishing confrontation with the enigma of her father and the larger riddle of identity consuming our age.

“In the summer of 2004 I set out to investigate someone I scarcely knew, my father. The project began with a grievance, the grievance of a daughter whose parent had absconded from her life. I was in pursuit of a scofflaw, an artful dodger who had skipped out on so many things―obligation, affection, culpability, contrition. I was preparing an indictment, amassing discovery for a trial. But somewhere along the line, the prosecutor became a witness.”