Billie Lee is a transgender woman, activist, and blogger currently living in Los Angeles. You may also recognize Billie from the hit reality show Vanderpump Rules on BravoTV. She continues to work with Buzzfeed and others in the trans community to create videos that aim to educate on trans issues.

This is a portion of the "About Me" from Billie Lee's Blog.  Please read it all:

The journey to self-love brings you down a dark alley of emotional energy like shame, guilt and abandonment. If I want to fully love myself I must begin where it all started.
My name is Billie Lee and I am transgender. I was born and raised as a boy.  As a child I was forced to play the male role: “Billie, hold your fork more like a boy,” “Billie, only sissies walk like that.” I honor my parents for what they knew. They were only trying to protect me with the knowledge they were given. After being taken in and out of school, misdiagnosed with childhood depression and OCD, my parents just assumed I would turn out gay. I was shocked to learn after all the times being sent home crying for feeling too feminine for a boy’s body no one diagnosed me as transgender. A part of me is pissed, I want to scream, “Who was in charge? Did anyone give a fuck?”

Of course, now I know not everyone knew about gender identity issues, especially in a small Midwest town.  After leaving my hometown and discussing my gender identity issues with a therapist, I immediately started the physical transformation which began with lots of hormones and ended with major surgeries. I flew all over the world to see the best of the best. Vagina in Thailand, nose and lip-lift in Beverly Hills. I wanted to look like me, not some girl who had a lot of plastic surgery. During any transformation in life you are vulnerable, like an open wound just waiting to heal. Most trans people, including myself, deal with a lot of bullying, which I thought would be over after high school. But during my awkward transformational stages I was beat up by society. I couldn’t get a job for over a year, and dating was not even an option. I felt all the doors close and it was extremely lonely. 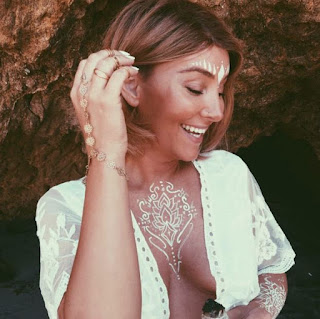 As the healing ended and I was forced to face the world as me, Billie Lee, a beautiful woman, I was so shocked at all the possibilities. Every door just opened up for me, it was as if the red carpet was rolled out. Job opportunities were everywhere, boys were lined up. I thought, “Wow, society finally accepts me! I’ve finally made it!” I literally walked around, and still do, amazed by what my beauty does for me. As society accepted me as a woman, I thought, “This is the dream! I’m finally the cool kid on the block.” No one questioned anything.