Androgynous model a rising star of gender-fluid fashion, once bullied at school for feminine looks.

There was a time when age, weight, height, body type, disability, race or sexuality were characteristics that could make or break someone's chances of becoming a model.

Nowadays the rules have changed, and what may once have sunk a potential career could be the very thing that sends it soaring.

The diversity movement has both influenced and redefined the worldwide beauty and fashion industry over the past decade — and for Latrobe Valley-based model, Dylan Peck, the shift was perfect.

"I've always had an eye for models and fashion, but it all really came about when the androgyny, gender-fluid thing started to come about some time ago," Mr Peck said:

"At school and growing up I unfortunately got bullied a lot for looking very feminine and naturally like a girl, and then when there was a market for it I thought, 'Well, why not put my looks and natural beauty to use?' 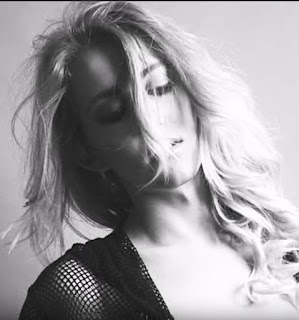 Since he started modelling 10 years ago, Mr Peck's beguiling feminine features and chameleon characteristics have graced the pages of fashion magazines including Vogue and Harper's Bazaar.

He has appeared in more than 30 publications — including on three covers — and inspired fashion designers and photographers from Australia and abroad.

"He's got the face and capacity to not be recognized in different photos," photographer Reza Zamani said.

He has noticed a 'freeing up' of the traditional modelling standards as the industry becomes more inclusive.

"People are just a lot more carefree and really don't care about what other people are thinking, especially in the LGBTQI community," Mr Peck said.

"People are really starting to find true beauty within themselves, becoming free-spirited in what they're wearing, and showcasing their uniqueness and just using it to their advantage."