Femininity is a set of attributes, behaviors, and roles generally associated with women and girls. Femininity can be understood as socially constructed, and there is also some evidence that some behaviors considered feminine are influenced by both cultural factors and biological factors". Wikipedia
Here is a further contrast of the two words from "Know Your English":

Both words are often used by men to show disapproval. The word ‘effeminate’ is used exclusively with men. When you label a man ‘effeminate’, you are suggesting that the individual is not at all manly; everything about him — his behavior, taste, habits, looks, etc., — is very feminine. Unlike the word ‘effeminate’, ‘womanish’ can be used with both men and women. When used with a woman, it means the individual has all the characteristics of her sex; she looks and behaves in a manner that befits a woman. In this case, it is used as a compliment. When used with a man, the word suggests that the individual is rather feminine...

I see myself as a Feminine Man.  My actions are not necessarily effeminate. My effort is to be myself.
One of my favorite, public activities when there is time to kill, is people-watching.  Airports and malls are the best. You can learn so much about human behavior by just being observant.
Feminine movement - their gate, is different due to body structure and is seldom exaggerated. Trying to over-emulate this is an obvious giveaway that something is amiss.
Male movement many times is to display dominance. This is part of the evolutionarily ingrained ritual to attract females or to be the alpha among other males. Toning this down or at least recognizing it, is the first step to a neutral gender presentation. 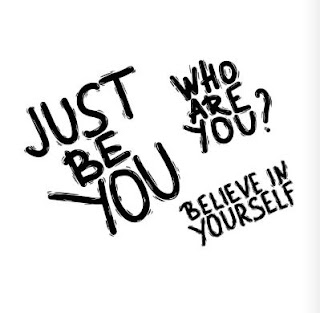 In my early forays into the land of femininity, I saw it to be all about the clothing.  "Bra, panties, dress, heels" was my mantra.  If I look like a woman thus, "I am!" If you only go out to restaurants, clubs, and have limited interactions, this works. However, we always want more and to challenge ourselves brings growth.
Joining organizations, attending meetups, volunteering and employment are all ways, to get out into the real world and interact.
Gender exploration is so much fun.  In doing so do not get lost. I have always seen the land of femininity as one of my favorite places to visit.  In many ways, I have become a permanent resident, socially and occupationally. As a feminine man I endeavor to adapt the needed customs, attitudes and, daily presentation. I do not see myself as a tourist and my visa has been accepted and entry granted.
Effeminate no - Feminine yes.
By being who you are, the world will see you are being genuine. If you are naturally feminine own it! If you are gender neutral own it!
It is possible that styling men in traditionally accepted female fashions and trends are allowing men to communicate the idea that they too possess female characteristics like sensitivity?
.
Posted by rhonda's escape at 5:00 AM