See more today on Politico - Defining ‘woman’ battle heads to states amid new wave of LGBTQ bills [lead by the Republican-Fascist party]
CNN - Published 12:22 PM EST, Thu December 15, 2022
—
The Cambridge Dictionary recently updated its entries for “man” and “woman” to include transgender people – the latest dictionary to broaden its lexicon to reflect evolving language around gender. 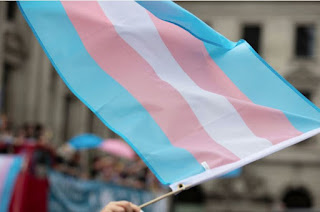 A spokesperson for the Cambridge Dictionary told CNN that the updates went into effect in October. But the move seemed to go largely unnoticed until this week, when the dictionary’s expanded definition of “woman” garnered backlash from conservative commentators on social media and was subsequently covered by right-leaning media outlets.
While the Cambridge Dictionary’s primary definition for “woman” remains “an adult female human being,” a second definition refers to “an adult who lives and identifies as female though they may have been said to have a different sex at birth.” Similarly, the British reference guide defines “man” as “an adult male human being” and also “an adult who lives and identifies as male though they may have been said to have a different sex at birth.”
Example sentences provided by the dictionary include “Mary is a woman who was assigned male at birth” and “Their doctor encouraged them to live as a man for a while before undergoing surgical transition.”
“(Our editors) carefully studied usage patterns of the word woman and concluded that this definition is one that learners of English should be aware of to support their understanding of how the language is used,” a Cambridge Dictionary spokesperson said in a statement to CNN. “The first definition at the entry for woman remains unchanged and continues to be ‘an adult female human being’.”
The definition of “woman” has become yet another frontier in the culture wars in recent years. Earlier this week, Scotland’s highest court dismissed a legal challenge brought by the group For Women Scotland, who argued that trans women shouldn’t be included in the definition of “women” under a law aimed at improving the gender balance on public boards. In the US, Republican politicians have repeatedly evoked the definition of “woman” in their attacks on transgender people.
Earlier this week, Dictionary.com announced “woman” as its 2022 word of the year, citing how “the very matter of the definition of the word ‘woman’ was at the center of so many consequential moments, discussions, and decisions in our society.”
Despite the outcry deeming Cambridge Dictionary’s new definitions to be a political statement, the spokesperson said that such changes are meant to provide an accurate depiction of how certain words are used in society.

Our dictionaries are written for learners of English and are designed to help users understand English as it is currently used,” the statement read. “They are compiled by analysing a large corpus of English texts (over 2 billion words in total) taken from all areas of writing and publishing, which allows us to see exactly how language is used. We regularly update our dictionary to reflect changes in how English is used, based on analysis of data from this corpus.”

Other dictionaries have made similar changes to terms around gender and gender identity over the years.
In 2020, Merriam-Webster expanded its definition of “female” to include “having a gender identity that is the opposite of male” – that change also drew criticism from conservatives, though a similar addition was made to the word “male.” The year before, Merriam-Webster added a new definition to the pronoun “they” to refer to a single person whose gender identity is nonbinary.
Posted by rhonda's escape at 5:00 AM