I Love A success Story - Kiley May

My Story: Kiley May on Trans Representation in Media and Creating the Character Roles She Wants to See

As a child, May lived at Six Nations of the Grand River, an Indian reserve in Ontario. She[a] was assigned male at birth, but was feminine as a child. She experienced discrimination as a result of transphobia and homophobia.

In 2007, May left the reserve and moved to Toronto, where she attended journalism school at Ryerson University. While in school, she discovered a love for creative writing, but after graduating she didn't write for several years. May initially identified as genderqueer and gender non-conforming, and eventually started to use she pronouns; as of June 2017, at age 30, she was using both she/her and they/them pronouns.

In 2017, May was the Youth Ambassador for Pride Toronto. She was additionally crowdfunding to pay for travel to Montreal for genital surgery.

In 2020, May was a winner of the Magee TV Diverse Screenwriters Award from the Toronto Screenwriting Conference.

Welcome to My Story, our weekly series dedicated to creatives of colour and their paths to success. By championing these diverse stories and backgrounds, we hope that our understanding of the cultural conversations around beauty and fashion will expand and that respect for our differences will flourish. 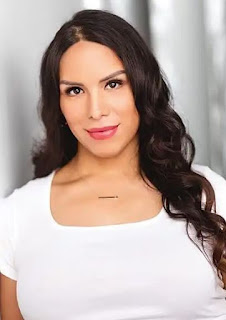 Meet Kiley May, a two-spirit transgender actor and multidisciplinary artist from Six Nations of the Grand River reserve in Ontario. Kiley’s acting CV includes a recurring role in the CBC show Coroner and well as her big-screen debut in the blockbuster horror It: Chapter Two. But Kiley’s love for film and television doesn’t stop at playing characters — she also writes them. Passionate about education, representation and diversity, Kiley is also an emerging screenwriter and filmmaker who’s on a mission to create scripts and roles for Indigenous and transgender women with a focus on positive, empowering portrayals. With support from Netflix and mentorship from Toronto’s ImagineNative Film and Media Arts Festival, the largest Indigenous film and media arts festival, Kiley is currently is the pre-production phase of a short film called Disclosure, which is the first in a trilogy of shorts about the experiences of dating as a two-spirit transgender woman. Here, Kiley shares, in her own words, the motivation behind her film project and how she’d liked to see the transgender narrative change in media.