I Love A Success Story - Memories by Janet Stickney

The Pioneers of Our Society

An Essay By Janet StickneyI have been going out dressed as a girl since I was about 15, and got fairly good at it. As I got older I found out about efforts to organize groups, specifically for people like us. I was in my twenties when I met Virginia Prince for the first time, and even though we viewed the situation differently we became great friends. Because of the McCarthy era laws regarding men in dresses were so draconian she had to find a way, and her rules were an effort to stave off law enforcement of that time. During the early 60's Virginia started a group called The Society for a Second Self, which became Tri-Ess. These groups were modestly successful, but she had at first set the rules for entry very narrowly. Such as only married men could join. No divorced men. A widower was okay but not a single guy. The friction caused by these rules led to the formation of groups all over the country. However, the explosion of these groups would not have happened so quickly if Virginia had not started it all.

Since I was the President of Crossroads Chapter in Detroit which was started in the early 70's, I had the opportunity to meet with Virginia and other pioneers many times and our friendship grew very strong even though we did not agree on our directions. Twice we had a convention in the Detroit area and she was a guest in my home. Many of the long time supporters of her efforts, like Elaine Willey, eventually merged with our openness versus her strict rules. In fact, Elaine became an officer of our group. That growth of clubs happened primarily in the 70's and served and helped thousands of people that struggle with their inner girl like so many of us still do. Just knowing that you are not alone is a comfort, and attending a meeting is, and can be, euphoric for many. Pretty, not pretty, older or younger, rich or poor, makes no difference. The feelings are the same. 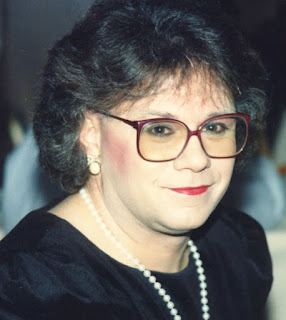 Everything Virginia did was way before the internet, so you can imagine just how hard it was. Her magazine, Transvestia, reached many people, and using mail in questionnaires, she slowly developed a core of people and they carefully began meeting together. How hard was it for the first adopters to get dressed up and step into the unknown? Especially with the laws the way they were? Then they had a bungalow camp in the Catskills which was run by Susanna Valenti and her wife Marie, who also ran a wig store in town. This was all before my time, but I knew or had met many of those that attended that resort. and virtually all of the participants are gone now. Yet the mere formation of a vacation spot strictly for us, shows the desire of so many to socialize with each other.

Today, many of us who participated in the early formation of these clubs and groups are no longer with us as time moves on. But today that need to socialize can be met with so many websites that caters to our needs. Pictures, essays, fiction, and so many shops that cater to us are online, yet that need to physically meet someone like you is always there, beckoning us to enjoy that sense of not being alone. You talk, you laugh, you learn, that is how you get better at presenting yourself. We had a member that was in a wheelchair, and she was a true delight and was gorgeous to boot. She made it clear that anyone can be a girl. I am now old enough to have met and enjoyed the company of so many of the pioneers of our  portion of society, and still think about the many fun times we had together.

That is the only message. Enjoy yourself, do your best, meet others like you in your local club. You will treasure those moments for the rest of your life. 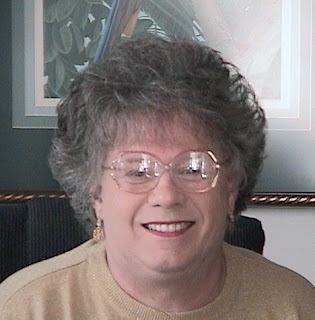