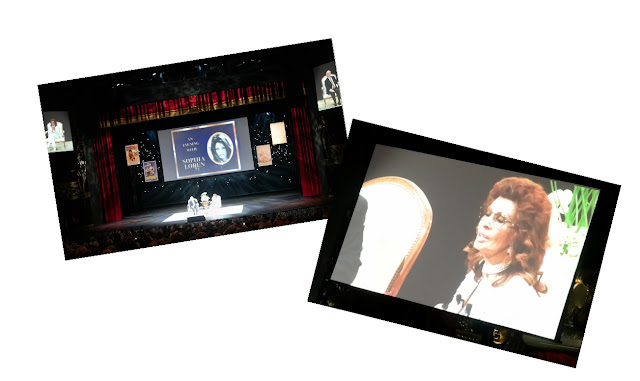 An Evening with Sophia Loren

Last week I spent four day in Las Vegas.  I had gotten a special VIP ticketing invitation to attend an "EVENING WITH THE WORLD'S MOST GLAMOROUS ICON, SOPHIA LOREN".  The evening was described as this:

As breathtaking today as she was when she first burst onto the scene in the 1950s, renowned actress Sophia Loren has captivated audiences for over five decades. Accumulating honors throughout her career, from five Golden Globes to a Cecil B. DeMille Lifetime Achievement award, the iconic legend of the screen will share her talent March 26 at 8pm for an once-in-a-lifetime event of Hollywood glamour and old-world charm.

The show lived up to its description and was fun.  Most of my time was spent at the Palazzo Hotel on Las Vegas Boulevard, and the adjoining Venetian Hotel.  The whole four day trip was as Rhonda, from check in to check out.  Over the next few days I will write more about this magical weekend.

"All Dressed up and somewhere to go."