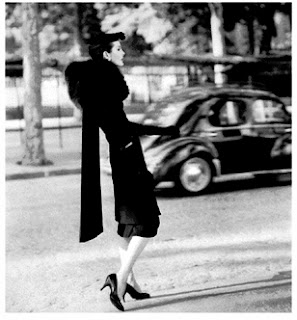 Midsummer on the steamy streets of town where women fluttered by in filmy scraps of muslin, silk and such, while men perspired in standard two-piece suits and shirts and ties.

And he conformed; or so it seemed to those who came and sought his sound advice on wills, divorce, or disputes over land. Only he knew that, underneath his sober grey attire, his shaven legs were clad in sleek, expensive hose and black satin panties graced his trim behind.

At weekends, freed from Work's restraints, made-up, golden wig in place, He dressed in women's clothes and hung around high-class hotels to look for lonely men. Some drinks, sweet talk about his looks, the way he moved, fulfilled his need. Maybe a kiss, then Cinderella-like he vanished in the night, while in the bar the stranger cursed his luck.

And there he was, across the desk, quite unaware, he is with the one he lost.