Women and Shoes: A Love Story 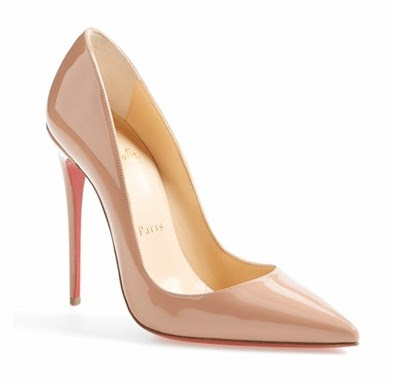 Cinderella got the prince and Dorothy was envied. Why?
They had fabulous shoes.

First there was Cinderella, then there was Carrie Bradshaw. We explain the fascinating reasons why footwear is seducing our imaginations — and emptying our wallets — more than ever.


Long before spiked heels with exotic names (Louboutin, anyone?) became objects of desire, chicks have been shoe-crazy. But recently, we got proof of exactly how crazy: While sales of most things have plummeted thanks to the recession, footwear sales have gone up compared to the same period last year. Yes, buying a pair of shoes has always had near-supernatural effects — like instantly updating an outfit from last year or just making you feel hotter than hell — but that doesn't fully explain how footwear is beating the odds in sales. Trust science to have the answer: Turns out, we've always been wired for shoe lust, even when the going gets tough.

First of all, there's some serious mood-boosting going on when you try on any kind of apparel. "The neurotransmitter dopamine is released, providing a feel-good high, similar to taking a drug," says Martin Lindstrom, a branding expert for Fortune 100 companies and author of Buyology: Truth and Lies About Why We Buy. "The dopamine increases until you swipe your debit card." Usually, the high then flatlines, and guilt starts creeping in...except, that is, when the item you're purchasing is a pair of shoes. "Shoppers rationalize shoes as a practical buy — something they can wear multiple times a week — so they hold on to that pleasurable feeling longer," says Lindstrom.

But it's not just dopamine at work. Shoes' mood-altering traits also come from another brain reaction, says Lindstrom. Buying new footwear stimulates an area of the brain's prefrontal cortex termed the collecting spot. "Shoes are a collector's item, whether women realize they perceive them that way or not," says Suzanne Ferriss, PhD, editor of Footnotes: On Shoes. Just think of how they're often stored artfully on shoe trees and shelves. "They're like sculptures,"
says Ferriss. As a result, collecting each type provides a mini-adrenaline rush similar to the satisfaction a stamp collector
gets when he acquires a rare find.

All those wonderful feelings are intensified when you choose high heels...but again, it's biology, not Jimmy Choo, at work. "Like most animals, we're wired to associate height with power," says Helen Fisher, PhD, professor of anthropology at Rutgers University. "High heels can literally raise your status because you're taller when you wear them." Heels carry historical significance as well, adding to their appeal. In previous centuries, only the wealthy wore high heels — everyone else had practical footwear to do manual labor. "Shoes were a measure of class," says Fisher, "and we still have a bit of that mind-set ingrained in us."

Now go even higher — to stilettos — and another element rears its head: sex. Stilettos are undoubtedly foxy, but why, exactly? "When a woman wears them, she assumes a primal mating pose called lordosis," says Fisher. "Her butt lifts, and her back arches." But there's more to it than how hot your ass looks. According to Daniel Amen, MD, author of The Brain in Love, our minds are structured in a way that may associate feet with sex. "The area of the brain that communicates with the genitals is right next to the area that deals with the feet," says Dr. Amen. "These regions share neural cross talk, which may be why shoes can be erotic." And we thought it was just our lust for high style talking. 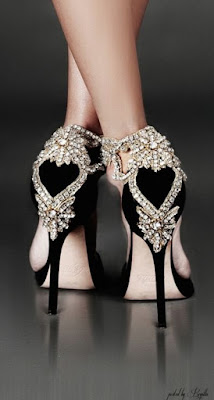