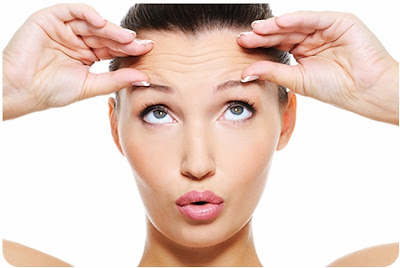 Although plastic surgery has been popular for decades, each year sees a new passing trend, with the latest being that of forehead reshaping. According to an article published in the Daily Star, it has been suggested that the increase in the amount of people having this procedure performed could be attributed to the fact that a few transgender celebrities have had it done.

Helen Witherow from The Face Surgeons stated in an exclusive interview with Daily Star Online, “Caitlyn Jenner and Laverne Cox are just two of the stars that have inspired UK women to seek long-term feminization treatments, including electrolysis hair removal and forehead reshaping. Recent research has revealed that surgery to change the shape of the forehead and the hair line is on the up, most likely due to the increased media coverage of transgender celebrities.” Transgender stars have clearly led the way where re-sculpting of the body and face are concerned, including the desire for heart-shaped faces, curve creation and the transferal of body fat to the buttocks and chest.

Many women are also having facial surgery performed so that they can look as much like their favorite stars as possible. Facial surgeon Caroline Mills said, “Facial volumisation with dermal fillers or a patient’s own body fat seems to be the big thing for this year – both for celebs and patients. Aside from lip fillers, we’re now talking cheek lumping and even jaw augmentation. Cheryl Fernandez-Versini is still the leading inspiration for augmented cheeks, as patients now seek higher, more pronounced cheekbones. For some patients this may require surgery to reshape the bone.”

Mills however cautioned that this type of surgery could be risky. “These treatments could cause problems longer term, with distorted tissues and possible infection. Don’t forget permanent or semi-permanent fillers can get lumps (known as granulomas), or in worse case scenarios, they can be taken up into the lymph nodes and can never be removed fully causing permanent deformity and scarring.” Trends have shown that many stars have become addicted to changing their looks, and this has resulted in many members of the public following their leads.

Although the puppet facelift has been highly popular, it is expected that the procedure, which makes use of dissolvable threads to lift facial tissue and improve collagen production, will move lower down the body, where it could help patients lift their thighs or breasts. This could enable patients to ‘test run’ a breast lift procedure without actually committing to full-blown surgery. According to the American Academy of Facial Plastic and Reconstructive Surgery, the under-30s market is the fastest growing where cosmetic surgery is concerned.

82% of people agreed with the fact that the rise of celeb culture was the main influence behind the amount of under-30s who are having surgery performed, and 64% stated that more of this age group than ever before were considering having work done. However, plastic surgery should always be performed for the right reasons and preferably not just ‘so you can look like your favorite celebrity.

Note: Vartan is my doctor, business associate, and friend.
Posted by rhonda's escape at 7:39 AM