I bet you think this is going to be a geek discussion on MAC vs PC.  I should not surprise you that I am bi-computer utilizing both but this is not a technical discussion. 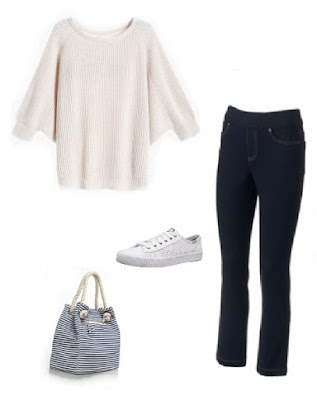 Political correctness or commonly abbreviated to PC is used to describe language, policies, or measures that are intended to avoid offending a disadvantage member of a particular groups in society. (source Wikipedia).

I would like to know when did being Politically Correct become a “bad thing”?  Is not trying to avoid offense, a good thing? Somethings are hurtful when spoken in a mean or satirical manner. Jokes are offensive when they have a punchline that is meant to degrade or put down someone’s race / gender / ethnicity / culture. It is not funny when someone feelings need to be injured just for the laugh.

During my last trip, I was the recipient of PC. Either through sensitivity training, good will or just plain good manners, I was spoken to kindly on multiple occasions.  I want to believe the latter.  I presented my US passport when checking in at the Delta gate locally and even after reading and reviewing it, the gate agent said “have a good flight ma’am” -  Not sarcastically but out of genuine good nature. The TSA security (pre-check), was no issue.

This continued at the gate as I boarded the flight, showing my passport and again, was wished “have a good flight ma’am”.  For a 6:00 am flight, I looked typical and was blending in with most of my fellow female travelers.

Canadian customs continued and at this point let me mention my outfit. I was presenting as Rhonda in the above fashion layout; minimal jewelry, and with some basic makeup.  Canadian customs, looked at my passport, asked the purpose of my trip, how long I was to be in Canada and then passed me through with no discussion.  Another “Have a nice day Ma’am”.

My hotel check-in was very similar to the other procedures.  After being asked for identification, I was told again “have a good stay Ma’am” and please enjoy our restaurant.  And I did, on several occasions.

That was four for four.  Direct encounters where an official identification presented was different than my presentation. I do not believe any of the encounters purposely had “we must be politically correct” as the objective.  I saw the interaction as just being nice. If that is "Political Correctness" then what is wrong with that?

Plan your escape and do not be afraid. There are many more nice people around than you think.

So what is wrong with being nice?