The Facts on Benghazi:
Congressional investigations have a way of stretching from months to years, but the House committee probe into 2012's Benghazi attack was especially lengthy. At two years and four months, it was longer than Congressional probes into 9/11, Watergate, the JFK assassination and Pearl Harbor.

Four Americans died at the U.S. embassy in Libya.

Republicans launched the investigation with a focus on Hillary Clinton, but Democrats accuse them of using Benghazi as a political weapon, especially after this from comment from Republican leadership, Rep. Kevin McCarthy on Fox news:

Everybody thought Hillary Clinton was unbeatable, right? But we put together a Benghazi special committee, a select committee. What are her numbers today?

The final report finds no evidence of wrongdoing by Clinton after a total of seven (7) investigations. 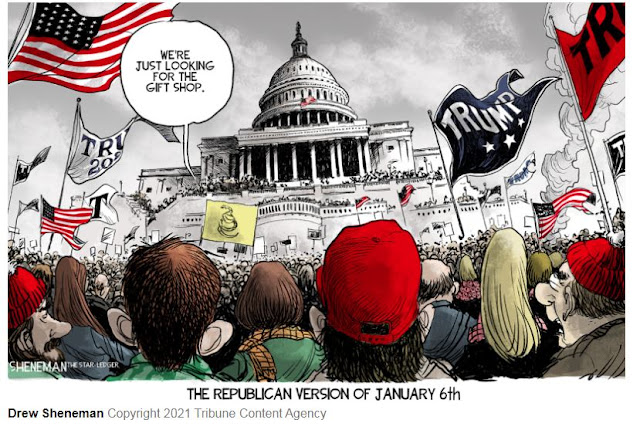 According to the NY Times: Rep. Andrew Clyde (R-GA) last week downplayed the Jan. 6 assault on the Capitol, comparing the mob’s breaching of the building to a “normal tourist visit.” But photos from that day show the congressman, mouth agape, rushing toward the doors to the House gallery and helping barricade them to prevent rioters from entering. 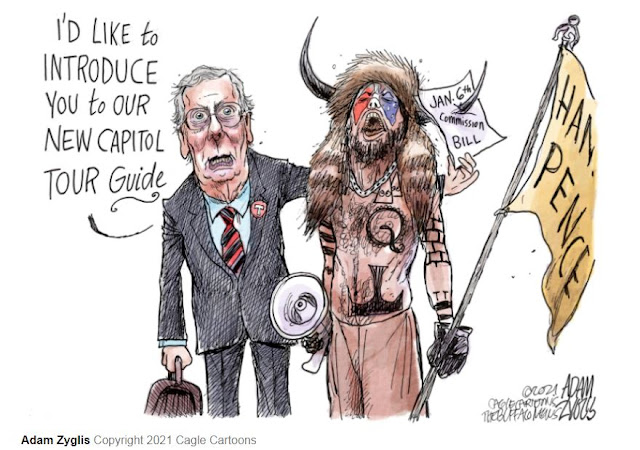