A Woman of Transgender Experience

In the United States, 71% of the population have never knowingly interacted with a transgender person, or, as I like to say, a “person of transgender experience.” (I love that expression) Needless to say, there are many people with a lot of questions.

In the hopes of humanizing our community to the general public, I’ve made it my career to help bridge that percentage gap and help society better understand transgender individuals.

The questions I often hear are about the inner workings of the medical transition. As a woman of transgender experience, I’ve seen firsthand how the world has changed, both socially and medically, over the past 15 years. I’m Corey Rae, and before I was an activist, actress, model, speaker, and writer, as well as the world’s first transgender prom queen, I was a kid going through a self-discovery that takes most people a lifetime.

I’ve expressed my femininity since before I can remember. At the age of 2 years, I asked mom for a Cinderella dress and Barbies, which she gave me, no questions asked.

I’ve pretty much always known that I was different than those around me, but I never had a word to describe how I truly felt.

In 2006, when I was around the age of 12, I was flicking through a People magazine on career day when I read the word transgender and a quote from a transgender teenage boy saying, “I feel trapped in the wrong body.”

Until that moment, I thought I was the only person in the entire world who felt the way I did: trapped.

Soon after, I showed my mom the article and told her I wanted to become a girl. She not only accepted me but also worked to help me transition with the utmost unconditional love and support.

Back then, we were using Ask Jeeves instead of Google, and if you typed the word “transgender” in a Word doc, it would appear underlined in red because it was not a recognized word. It goes without saying that there wasn’t much information out there, especially for trans children and teens. 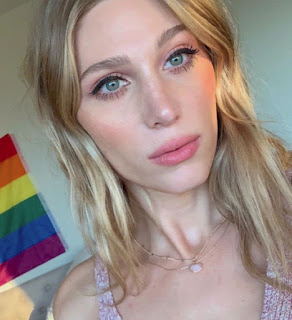 Fast-forward to the fall of my junior year of high school. Still presenting as male and suppressing myself began to weigh on me and affect my mental health.

In November, my mom asked if I wanted to start wearing her clothes, and I, of course, said yes. During this time, she had read a New York Times article that led her to a few medical specialists who kept referring her to other specialists. After a month or two of me wearing her clothes, my mom found Dr. Margie Nichols, Ph.D., of the Institute for Personal Growth in New Jersey..

Lastly, I’ve realized over the years that I wasn’t born in the wrong body, as the quote from that fate-filled People magazine article stated. I am, in fact, in the right body at the right time, and being of transgender experience is just one of many ways of being a human.