She may look like a living doll on the outside, but beneath her beauty she embodies equal parts intellect, ambition, and drive. This modern day icon tears down pretense and prejudice with her exotic, bold beauty, blurring the lines between fantasy and reality. 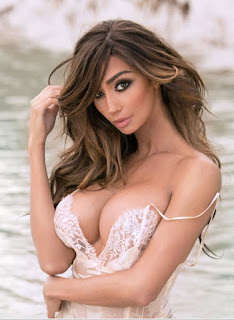 Yasmine’s true passion is giving back to others. She strives to help individuals reach their true potential by inspiring them to be their best selves. Her belief is that you can achieve anything in life that you put your mind to and she hopes that she can be a living testament to that motto.

Born in Northern California with an Italian and Moroccan heritage, Yasmine has always had great aspirations. With an educational background in visual arts, fashion design and photography, she moved to New York City where she ventured through various facets of the fashion industry, creating beautiful and iconic moments in front of and behind the camera. She studied photography at ICP, fashion design at De Anza college and culinary arts at West Valley College. While living in NYC, Yasmine worked as a model scout, director for several top modeling agencies and a creative director / fashion stylist for various magazines including Surface Magazine.