Anti-Vaxxers Are Taking Feminizing HRT to (Try to) Cure COVID

For all their frothing outrage about how puberty blockers and HRT are basically the same as child abuse, it’s bitterly ironic that conservatives are now going to line up for some of that sweet medical feminization in the name of… personal freedom, or something? I don’t know, I’ve lost the plot at this point, but they have, too, so it’s fine.

We thought that guzzling horse dewormer was the most absurd thing anti-vaxxers would do in the name of COVID denial. We weren’t prepared to be so wrong.
On Sunday, Fox News aired an interview with Dr. Pierre Kory, president of an organization called the “Front Line COVID-19 Critical Care Alliance,” through which Kory has advocated for the use of the antiparasitic drug ivermectin to treat COVID-19 (even after contracting the disease himself last year).
Blaming Big Pharma and the FDA’s lengthy drug approval process for the current crowding crisis in U.S. hospitals, Kory demanded that people be granted access to inexpensive drugs to battle COVID, including — checks notes — feminizing hormone replacement therapy.
That might sound like the setup for an extremely niche Onion article, but I swear it’s what Kory actually wants. At the end of the interview, Kory directed viewers to consult the Critical Care Alliance’s “MATH+ hospital protocols” for drugs they should take to prevent or treat COVID-19 — and according to those protocols, “first line” therapy for hospitalized patients should include “dual anti-androgen therapy,” specifically drugs like spironolactone and finasteride.
Many transfeminine readers will be reading through their fingers at this point with mouth agape, because Kory’s recommendation is literally just that people Do a Medical Transition to beat COVID (instead of, you know, getting one of several safe and effective vaccines ahead of time). Finasteride and spironolactone are feminizing drugs that are commonly prescribed as part of hormone replacement therapy for trans women; both block testosterone, an androgen, from being absorbed into the bloodstream. 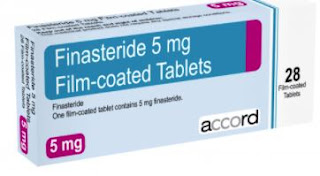 Hopefully, all those vaccine truthers who follow Kory’s nonsensical recommendations are ready for the unforgettable experience of sore nipples and the possibility of osme churning, ephemeral gender dysphoria! Unless, of course, the unconventional treatment unlocks something in you, in which case we’re here to help. (Then again, you can also run the risk of increased depression and anxiety after taking finasteride, so be warned.)
In the interest of being fair, because I only dunk on people in the name of Truth, there actually has been a small amount of support in medical literature indicating anti-androgens have some use in COVID treatment. A study published last year in the medical journal Viruses concluded that spironolactone’s “beneficial effect” in blocking androgen receptors merited additional study. But the study’s authors stopped far short of recommending spiro be actively taken to combat symptoms or boost recovery, pushing instead for more general research into receptor antagonism.
If you’re interested in protecting yourself from a debilitating respiratory illness, vaccines or the newly-approved oral antiviral pill are still a much better bet than suppressing your testosterone because a doctor you saw on Fox News said so.
It’s also worth noting that directly under Kory’s “take two feminizations and call me in the morning” guidance, the protocols go on to recommend taking vitamin D and melatonin, which is tantamount to giving someone who just contracted HIV a pouch of Emergen-C and some ginger ale.
If there’s a silver lining here, it’s that if you’re a transfem person DIYing hormones while living with your transphobic family, you now have the best possible excuse if you ever get caught with your spiro. Just tell ’em you’re fighting COVID the way real Americans do: by medically transitioning.
Posted by rhonda's escape at 5:00 AM