Surgeries for the Soul

From: IN JUPITER MAGAZINE JANUARY/FEBRUARY 2017 BY: JEN KRAMER

A career based in compassion – from the trauma of the Boston Bombing to reconstructive procedures in Jupiter, one local doctor doesn’t just practice “plastic surgery,” he specializes in “Surgeries for the Soul.”

“In April of 2013, I was finishing up as a clinical instructor at Boston University Medical Center, specializing in otolaryngology and facial plastic surgery. On the day of the Boston Marathon, we were following the news as we went about our rounds. Suddenly, we were in the midst of a trauma situation and I was on call at Boston Medical Center.”

In his Jupiter office at Mardirossian Facial Aesthetics, Dr. Vartan Mardirossian, M.D., F.A.C.S. is a long way from that fateful day when terror erupted during the Boston Marathon. It remains, however, as a defining moment in a career combining compassion and cutting-edge techniques.


A graduate of the University of Padua’s School of Medicine and a Research Fellow in head and neck cancer at Boston’s MIT, Madirossian has clinical interests in head and neck plastic surgery, facial plastic surgery, facial injuries, Mohs surgery reconstructions, rhinoplasty, face- and neck-lifts, eye and midface rejuvenations, and minimally invasive techniques for facial rejuvenation. On that terrible day in April, he was finishing his fellowship in Boston, lecturing at Boston University Medical Center and working at Boston Medical Center.

As Dr. Mardirossian sets the scene, he recounts that Boston Medical Center is not unfamiliar with violence. The doctors and nurses there treat gunshot victims and those suffering from violent trauma on a routine basis. But on April 15, 2013, as homemade bombs detonated, spewing nails, bolts, and twisted metal into the Marathon watching crowd, the “regular” violence escalated. The “normal” trauma suddenly more closely resembled actual battlefield wounds and amputations, and every available doctor in the area was called into action.

Read the whole article here including the details of one extraordinary case done that day in Boston.

Fast-forward three years. Dr. Mardirossian now has his own successful practice in Jupiter, Florida. Here, he practices what he terms, “Surgery for the Soul,” including reconstructive work for cancer survivors, as well as for those who have lost extreme amounts of weight. He also specializes in facial feminization procedures, designed to increase confidence – especially among those in the midst of gender transition. In fact, Mardirossian is one of a handful of plastic surgeons to understand and practice this specialty.

“Facial feminization surgery (FFS) isn’t just for the Transgender Community,” Mardirossian points out. “It also helps women with facial features they are not happy with, or men with too strong features. It allows everyone to find their true identity.” When you find your true self, the rest will follow. The FFS process is newly emerging within the field of plastic surgery, so once again, Dr. Mardirossian is on the cutting-edge of technology and medical science. 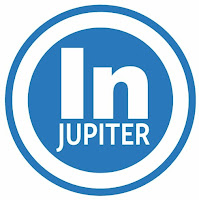 Sought after for his skills in facial plastic and reconstructive surgery, he has established a devoted clientele not only in Jupiter, he also has patients from out of state seek his services because of his compassion and dedication to innovative techniques. He has remained true to the ideals that he championed in the days following the Boston Marathon Bombing. “Surgeries for the Soul.”

Note: Vartan is my doctor, business associate, and friend.