The Pros and Cons of Undergoing FFS Before Gender Reassignment 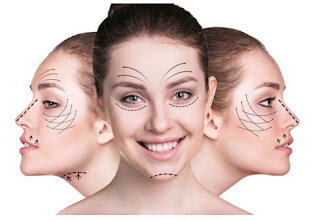 Transitioning from male to female comes with numerous medical procedures. These start with hormone treatments and gradually schedule facial feminization surgery (FFS) and gender reassignment. Many people want to know which they should schedule first, and the truth is that there’s no one right answer. Here are some things to keep in mind if you’re struggling to decide.


While FFS focuses on softening the face and giving it a more feminine appearance, gender reassignment involves the reconstruction of your genitals. Though both of these are viewed as vitally important for those who want to look like the women they are from head to toe, it is often difficult to decide which has the biggest impact. For most, it is a personal decision and one that each woman must make for herself. Understanding the pros and cons can help you make that choice.

They say the eyes are the windows to the soul, and if that’s the case, then your face is a window frame that says a lot about who you are. FFS can have a huge impact on your self-esteem by softening your features and allowing you to literally put your best face forward. Those who have had FFS say they feel as if they blend into the crowd and they don’t get the same kind of stares from strangers. Because of this, more and more trans patients schedule their FFS first – this way, when they walk out of their doors in the morning, the world sees a beautiful, feminine woman.

Having FFS first can also bring about a few concerns. For some, having a feminine face is a significant boost to their confidence, and they find themselves out in the world meeting others more than ever before. However, while waiting for gender reassignment, many women second-guess themselves when stepping into the ladies’ room or when dating a potential partner.


On the other hand, if you choose to go forward with gender reassignment surgery first, the potential benefits and drawbacks simply reverse. Gender reassignment is the end-all, be-all for many transgender women; it is the ultimate procedure and the one that completes their physical transformation. Post-op women tend to feel more comfortable when dating, for example, and their confidence soars.

Note: Vartan is my doctor, business associate, and friend.