Is it OK for Four and Five-Year-Old Boys?

A worried mother sent me an email question about her five-year-old son who likes dolls that look like princesses and, on occasion, likes to wear girl’s clothes. She has two older sons and never encountered this before.

Young children love to play the roles they see their parents and other adults playing. For some children, this includes boys sometimes wanting to wear girls’ clothes. After all, that is what mom does. Also, girl’s clothes seem so much more colorful and fun than the ones that boys wear. In fact some boys want to play with dolls and doll houses. [YES!] 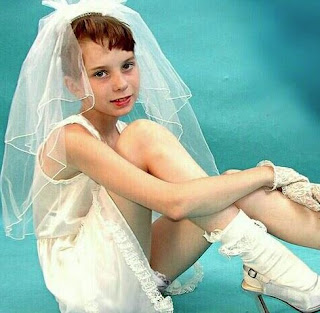 Many parents become fearful that these boys are on the way to becoming homosexuals or transvestites. In point of fact, youngsters between the ages of approximately two and seven to ten years have a very fluid sense of sexual roles, something that becomes hardened from about age seven onward. Many believe that we are hard wired to become strongly male or female. That is why there is nothing to worry about if a four- year-old wants to be a princess at Halloween or even to buy a toy associated with girls.

Most mental health experts would agree that the most important factor in a child’s development is that he is happy. In addition, many would agree that raising alarm bells will only frighten the child.

I really like this comment I found from a reader who responded to another mother with the same concern about her six year old boy:

“This child is 6. If what a 6-year-old does is a proper testament to who they will become as an adult, we’d have a lot more crayon-eating bed-wetting running-into-traffic adults than we do as of now. Relax.”

No one can predict whether or not a child will become gay. The fact that they love to play with the toys or dress in the clothes, of the opposite sex has nothing to do with the future. Parents need to be understanding and tolerant of a normal behavior type of play that some kids find entering. I would go so far as to say that a negative, hostile and judgmental attitude toward the child sends the wrong message. This message is that there is something bad about the opposite sex. Particularly for boys, what they can take away from this negative parent reaction is that males are better than females.

It is fairly safe to say that many friends and family will be critical of this attitude, especially if they see that your son dresses in girl’s clothes or plays with girl’s toys. The best tactic to use in this situation is to calmly explain that this is normal child’s play and that you are not bothered by it.

If you are worried about your child, speak to your pediatrician. If he or she thinks there is something wrong, a referral can be made to a psychiatrist or child psychologist for an evaluation.

My Note: As an only child, I played dress up and still do. I have so many wonderful childhood memories of how I entertained myself. How about you; stores, memories? Please share...