Should It Be Socially Acceptable...

For Women to Wear Men’s Underwear? 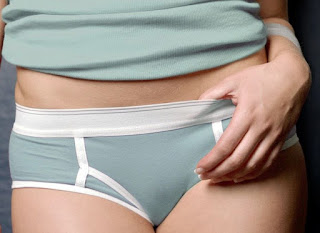 The Verdict Is In: 58% of Women Think It Should Be Socially Acceptable to Wear Men’s Underwear

Low-rise or high-waisted? Skinny jeans or boyfriend jeans? Thongs or boyshorts? When it comes to personal style, we all have our preferences — and underwear is no different. As unisex clothing becomes more commonplace, and more in vogue, we were curious to see if the trend translated for beyond outerwear.

To find out, we asked 1,000 women whether or not they think it’s socially acceptable to wear men’s underwear — and it looks like the majority have no qualms with it. 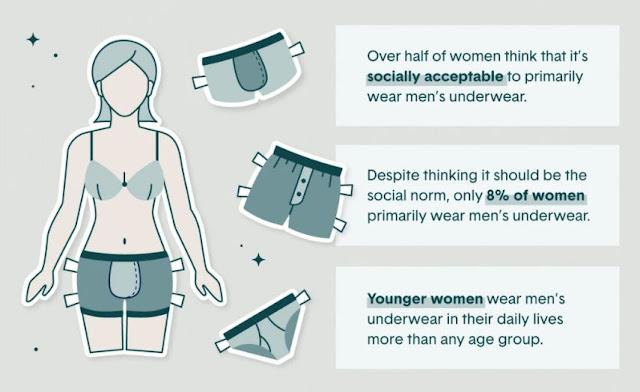 So, why aren’t more women who are all for wearing men’s underwear not sporting men’s styles themselves? While we can’t speak for them, it may have something to do with the fact that women’s underwear is undergoing a big shift.

Take for example the women’s boyshort or the women’s brief. Aesthetically, these styles resemble men’s classics. From a functional standpoint, they’re all about fit and wearability — two hallmarks traditionally ascribed to men’s underwear. So, rather than making the leap from women’s to men’s underwear —  a switch that may be difficult for some women to make — why not just upgrade?

Keep in mind this is a men's underwear company and it would be in their best interest to expand their market.  When will we see the survey on how many men favor the comfort, style and flare of typically female underwear?